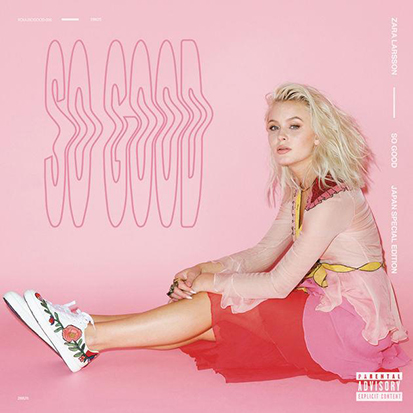 The classical electronic quartet performed their collaboration with featured singer Zara Larsson last night (April 21) on The Tonight Show. This live rendition wasn’t as elaborate as that time they performed with a 10-piece string section on The Voice UK. Instead, all attention was on Zara’s voice, which faltered at times but overall did an impressive job hitting those high notes.

“Symphony,” a song of the summer contender, is already making a serious impression. Its touching video has been viewed more than 77 million times, while the single itself is selling well on iTunes. All that is left to do, according to these collaborators, is to impact the Billboard charts. Watch the Tonight Show rendition up top.

Zara Larsson Is Pretty As A Peacock In 'Kode' Magazine
END_OF_DOCUMENT_TOKEN_TO_BE_REPLACED