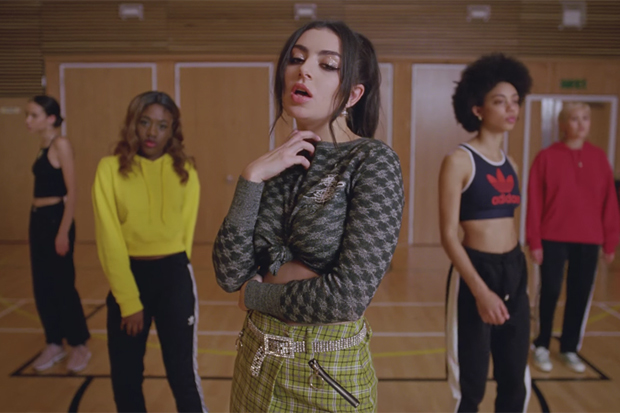 Mura Masa and Charli XCX have a hit on their hands with "1 Night."
MORE >>

Charli XCX is nothing if not prolific. The British pop star featured on Yasutaka Nakata’s “Crazy Crazy” alongside J-Pop queen Kyary Pamyu Pamyu and teamed up Mura Masa for summery bop “1 Night.” She also found time to release a mixtape while simultaneously chipping away at album number three. The 24-year-old now lends her voice to Whethan’s “Love Gang.” Not familiar? Well, Ethan Snoreck (his real name) is a teenage producer from Chicago, who went viral with remix of MssingNo’s “XE3.” He is now signed to Atlantic Records.

“Throwing up that love sign, dope love slanging,” Charli sings over dark, trappy synths. “We be in the cut posted up flags waving, heart tattoos on my sleeve love ganging.” The song suddenly switches lanes into euphoric dance as she coos: “Let’s catch a shooting star in the sky and ride, put it in your pocket like a rocket and fly.” That’s followed by a massive drop, which makes “Love Gang” a potential summer staple. It’s bold and catchy and just pop enough to find a wider audience. Take a listen below.