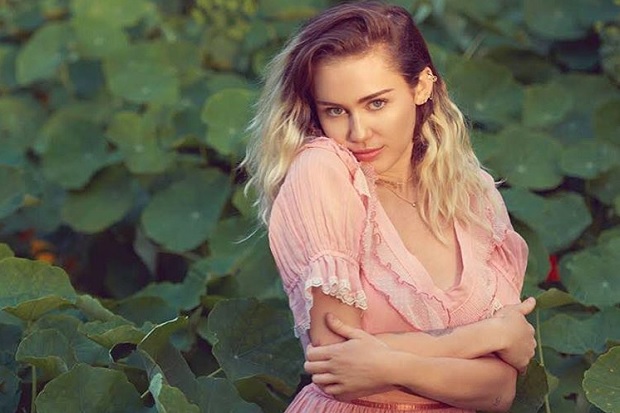 And she’s back! Miley Cyrus makes a welcome return to pop today (May 11) with new single “Malibu.” Produced by Oren Yoel (the man behind the significantly-better “Adore You”), the pop star’s latest is a mid-tempo love song dedicated to actor fiancé Liam Hemsworth. It’s exceedingly cute as a gesture, but clumsily executed. The biggest problem is the lyrics, which include clangers like “that’s when I make the wish, to swim away with the fish” and, worse yet, “I never went boatin’, don’t get how they are floatin.'” We’re a long way from “Wrecking Ball.”

While the song has its flaws, the Diane Martel-directed video is a home run. Miley is the wild child of Malibu, posing against the locale’s beautiful beaches and hiking trails. It’s suitably dreamy and romantic, effortless conveying the intention behind the song and helping you overlook some of those lyrical missteps. The best bit comes at the end, when the 24-year-old lifts her turtleneck sweater to flash a little under-boob. At that moment, I realized that Bangerz Miley isn’t dead and buried. She’s just sitting this era out.