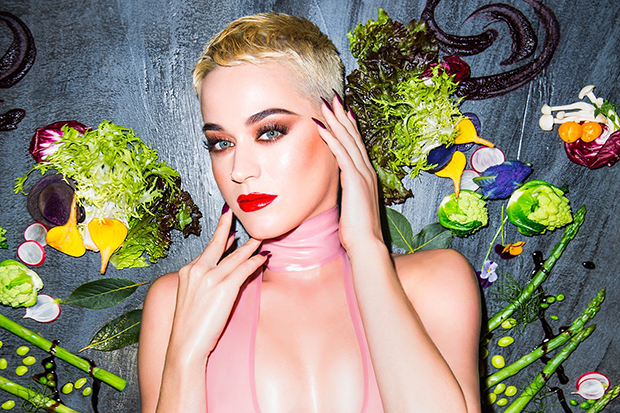 Katy Perry’s “Bon Appetit” video arrives today (May 12) and it’s a lot to digest. The clip, which was directed by the acclaimed Dent De Cuir, begins with the pop star wrapped in plastic like a chunk of sirloin steak. The 32-year-old is then wheeled into kitchen where she’s kneaded by a gaggle of chefs and then placed into a giant saucepan to simmer. It just gets weirder from there. Katy is presented on a serving dish in a nightclub/restaurant while Migos watch on from the VIP section. It all sounds a little misogynistic, but there’s an important twist.

The “Chained To The Rhythm” diva isn’t anyone’s play-thing/entree and she turns the tables and ends up stuffing the guests that objectified her into one of her famous cherry pies. “Hot and ready to serve but make no mistake I’m not your piece of [meat],” Katy wrote on Instagram. She also used the hashtag #SexualLiberation. While I’m sure people are firing up their laptops to write think-pieces at this very moment, the video is beautiful to look at and undeniable original — kind of like a musical version of Jean-Pierre Jeunet’s Delicatessen. Watch the demented and slightly confronting visual up top.

Hot and ready to serve but make no mistake I'm not your piece of 🍖 🔪 ☝🏻🍒Link in profile. #sexualliberation