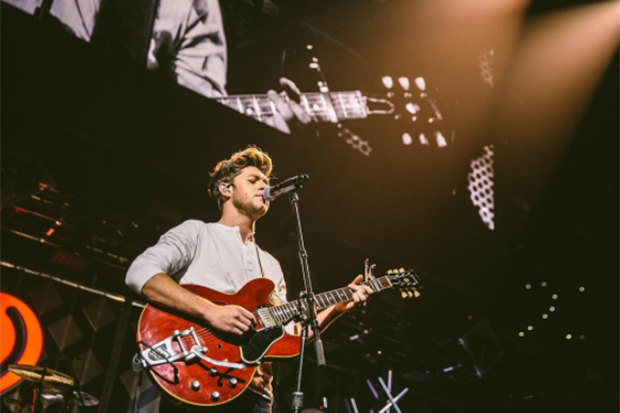 Harry Styles celebrated the May 12 release of his solo debut with a hometown gig at London venue the Garage. During that show, he surprised fans by covering Kanye West‘s “Ultralight Beam.” Harry would only sing snippets of verses, like when Chance the Rapper goes “I laugh in my head / ’cause I bet that my ex looking back like a pillar of salt.” But with its spaced-out guitars, Harry’s version still felt almost as epic as The Light of Pablo original.

This cover reminds of how Kanye has been (mostly) out of the public since he was hospitalized late last year. Last week, TMZ reported that Mr. West was on a Wyoming mountain retreat to work on a new album, hence why wife Kim Kardashian attended the Met Gala solo.

This rendition also confirms what even Pink Floyd drummer Nick Mason knows by now: Harry Styles is rock star material. In a recent radio interview, Nick said he wants to join Harry’s band for his next solo album.  “I happened to be driving along and I heard Harry’s single. I listened to it and the DJ said afterwards, ‘It sounds a bit like Pink Floyd to me’ and I thought, ‘Yeah, I could play that’,” he said. Like a sensible person, Harry agreed to have Nick join.

Harry’s concert at the Garage was also his first as a solo artist, period. Watch him impress with his “Ultralight Beam” cover below.