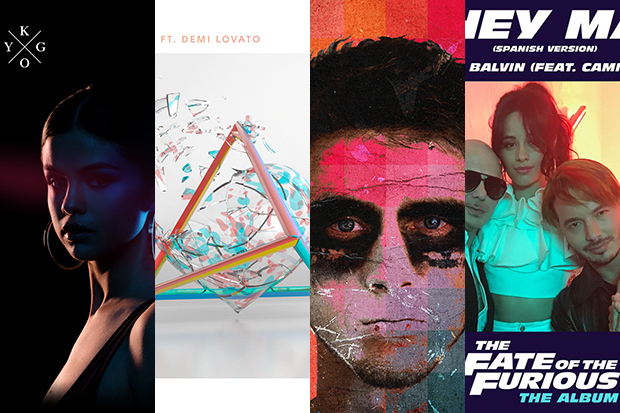 Once upon a time, pop stars like Selena Gomez only emerged when their lead single was ready to promote. Not anymore.
MORE >>

Camila Cabello is (finally) ready to enter the spotlight on her own. On May 14, she announced solo debut album The Hurting The Healing The Loving. Its first single is out this Friday, May 19.

The title refers to how she coped from feeling “lost” while touring with former group Fifth Harmony, to finding herself once more. On Instagram, she says the story behind her debut album begins with second track “I Have Questions.” “I was completely broken during that time, I was in the kind of pain that’s uncomfortable to talk about, and it was the kind of chapter you never want to read out loud.”

Camila launched her solo career with features showing she had star potential. There was Machine Gun Kelly‘s “Bad Things,” then Pitbull and J Balvin‘s “Hey Ma” from The Fate of the Furious soundtrack. But with these songs she literally danced around her emotional departure from 5H — refused to get vulnerable on record. Based on her announcement, though, Camila finally seems ready to open her heart up to eager listeners.

See Camila Cabello announce The Hurting The Healing The Loving below.

the first song from my forthcoming album “the hurting the healing the loving” will come out on 5.19.17…. “the hurting the healing the loving” is the story of my journey from darkness into light, from a time when i was lost to a time when i found myself again. The story behind the album starts with the second song that you’ll hear called “I have questions” which I started writing in a hotel bathroom on tour a little over a year ago. i was completely broken during that time, i was in the kind of pain that’s uncomfortable to talk about, and it was the kind of chapter you never want to read out loud…. i couldn’t write another song for 6 months because writing meant i had to feel everything, and i wasn’t ready to do that yet. so when i graduated from hotel bathrooms to studios to make my first album, i was making music about everything BUT what i was going through, it was like a secret burning on my tongue and for some reason i could not get myself to say it…….

….. till one day i just could not run anymore. i pulled up the lyrics from the year before, and “I have questions” was written. after that i wrote a sad song everyday, everything i wanted to say, every lyric on my phone, i said everything until i got tired of writing about it. until i was sick of the sad songs!!!!! as i got happier and happier, i realized the songs were getting happier and happier. and i realized i wasn’t making music just to make an album anymore, i was making this music to heal. it wasn’t until i had made enough songs to listen back to and realized i could hear myself coming back through these songs. i didn’t write it with the intention of delivering a message, but i realized the message was in the hurting, the healing, and the loving. i might have thought the hurting was my enemy before, but she became the best listener… i might have thought i was too impatient for the healing, and it did feel like sometimes she was taking forever, but i realized it made me appreciate her so much more when she arrived. and the loving, i wouldn’t have known how beautiful she was if i couldn’t miss her all that time…..

…….to the hurting, thank you for teaching me that even if at night you take me into the deepest depths of the ocean, i will still wake in the morning. to the healing, thank you for the tears. when they finally came, they tasted like God. to the loving, you are even more beautiful than i remember.