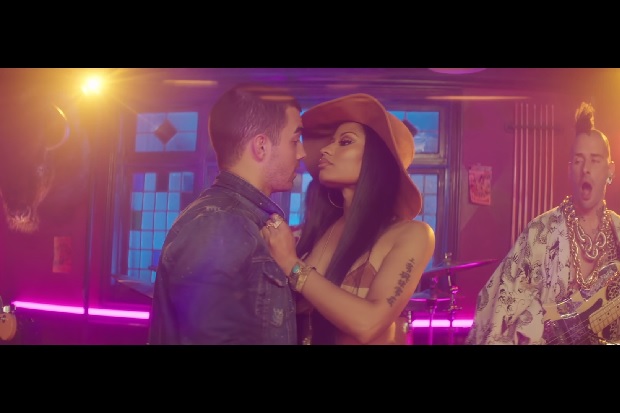 Can’t take Big Boi anywhere, turns out. In his new “Mic Jack” video, he and artist pal Dr. Dax heads to a dry cleaners without his laundry ticket.

For attendant Adam Levine, this is a headache, as he futilely attempts to find exactly what the legendary OutKast rapper dropped off. But for Big Boi, a.k.a. Daddy Fat Sax, each item of clothing Adam finds — from a polar bear white fur to an actual spacesuit — is reason to transport to some fantasy where dry cleaning is the absolute last thing on his mind. At least he got that much: In the end, he discovers his crew drove him to the wrong cleaners altogether.

Big Boi premiered his “Mic Jack” video during the May 16 episode of The Voice, where the slick banger also got its live debut. (As if you could forget, the Maroon 5 frontman is a winning coach there.) He also announced that his new album Boomiverse, on which “Mic Jack” appears, is out June 16. Watch the silly video up top, then see The Voice performance over at Rolling Stone.