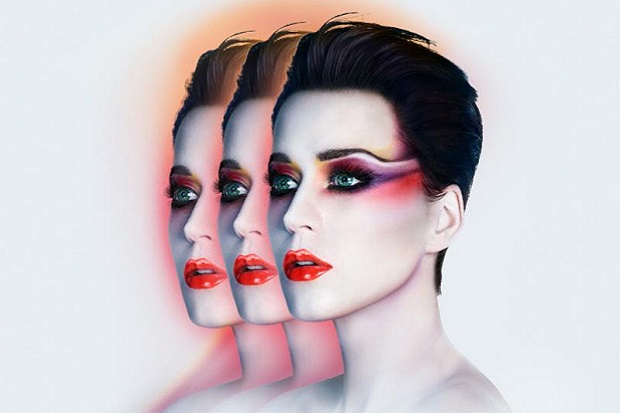 Katy Perry has officially announced her fourth studio album. Witness will be released on June 9.
MORE >>

Katy Perry’s Witness cover surfaced prematurely on Amazon this morning (May 18) and it’s a lot to process. The artwork finds the peroxide-blond pop star covering her eyes and cradling an eyeball in her mouth. It’s striking and reminds me of something The Eurythmics might have done in the ’80s. I’m not sure how the arty image will go down with fans, but you have to admire Katy for taking a risk. Witness, which will be supported by a massive arena tour, drops June 9 and contains 15 tracks including “Chained To The Rhythm” and “Bon Appetit.”

“Right now, I think you’re just seeing parts of the body of work and that part is kind of like the sexually empowered and liberated part,” the hitmaker said on The Ellen DeGeneres Show. “So ‘Chained To The Rhythm’ was kind of like the mental, political liberation and [‘Bon Appetit’] is kind of like that sexual liberation because I’m now embracing my 30s, which I think is so bomb dot com, I love it so much,” Katy continued. “I love being a woman and I love a consensual interaction. There is nothing wrong with that. We’re all animals.” Check out the cover below.