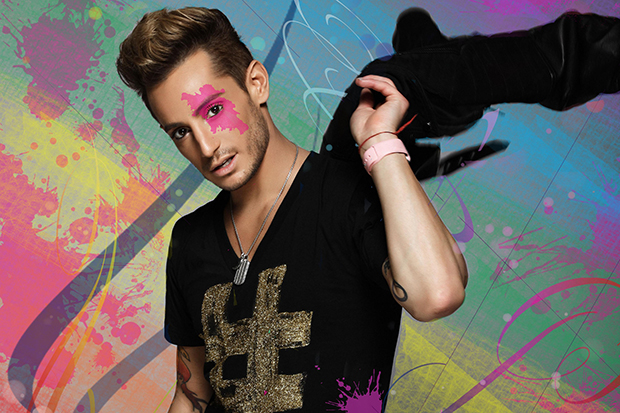 This is actually happening. Frankie Grande is releasing a single called "Queen."
MORE >>

This could have been a lot worse. Ariana Grande may have declared herself a dangerous woman on her last album, but her brother is taking it one step further. Frankie Grande has deemed himself a queen of the rock & roll revolution on his debut pop single, “Queen.” The track sounds like something from an (off) Broadway production, before veering into Adam Lambert’s glittery pop/rock lane. Opening with a simple piano line, Frankie pays tribute to the music of his childhood and the inspiration glam rock had on his own career.

“It was the hair, the shoes, the glam, the booze, the ensemble, and their glistening hues. They drew me in with their doe-eyed blues and I dreamed of being a star,” Grande sings excitedly. The accompanying music video was shot in one take and features the elder Grande sibling getting a glam treatment in front of a green screen that flashes rainbow-bright filters. The visual is heavy on the glitter and iridescence, but low on quality content. It’s as candy-coated and colorful as Frankie’s signature aesthetic, but feels more like a make-up tutorial than a music video. Watch up top.