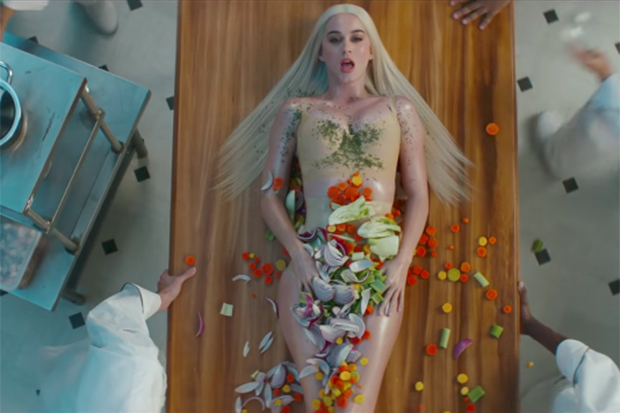 Katy Perry rolled out the remixes for underrated bop “Bon Appetit” today (May 18) and there are three different options on the menu. DJ 3LAU gives the track a deep house makeover, while Martin Jensen (of “Solo Dance” fame) gives it a more European twist complete with a dizzying drop. My favorite version, however, belongs to MUNA. The band completely destructs the double entendre-laden anthem, transforming it into a hazy synth-pop dream. They even remove Migos’ verse, which seems to be a sticking point for some pop fans.

The pop star gave “Bon Appetit” a little more context in a recent appearance on The Ellen DeGeneres Show. “So ‘Chained To The Rhythm’ was kind of like the mental, political liberation and this one is kind of like that sexual liberation because I’m now embracing my 30s, which I think is so bomb dot com, I love it so much,” Katy continued. “I love being a woman and I love a consensual interaction. There is nothing wrong with that. We’re all animals.” Listen to all three, very good remixes below.

Do you love the remixes? Let us know below, or by hitting us up on Facebook and Twitter!