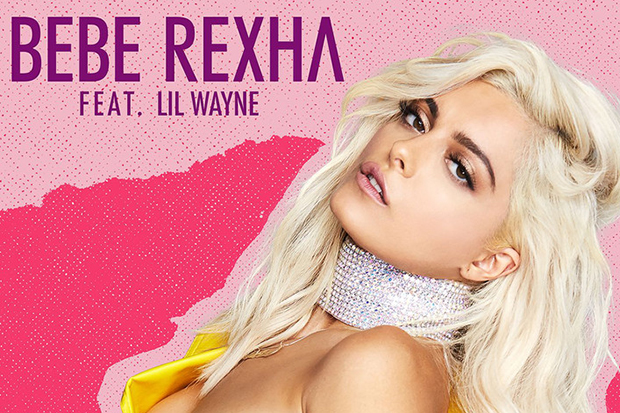 Bebe Rexha unveils the cover of Whitney Houston-sampling single "The Way I Are."
MORE >>

Bebe Rexha has featured on multi-platinum top 10 hits and voiced a global club phenomenon, but she’s still waiting for a solo smash. That should come with “The Way I Are (Dance With Somebody).” Featuring Lil Wayne, the feel-good anthem cleverly interpolates Whitney Houston’s “I Wanna Dance With Somebody” and boasts a sing-along chorus. “I’m sorry I’m not the most pretty, I’ll never ever sing like Whitney,” she begins the song. “But I still wanna dance with somebody.” If you’re looking for a fun song to blast over the summer, this is it.

The rising star spoke about the first taste of All Your Fault Pt. 2 (the second half of her debut album) in a recent interview. “I have a single coming off of [AYF] called ‘The Way I Are’ featuring Lil Wayne and it’s… taken from the Whitney Houston song ‘I Wanna Dance With Somebody,'” Bebe revealed. “So the hook is ‘I just wanna dance with somebody, I just wanna dance with somebody.’ So it’s really cool and Wayne does a crazy verse on it.” The track is instantly hummable and sweet relief from the endless stream of left-of-center pop songs on radio. Listen below.