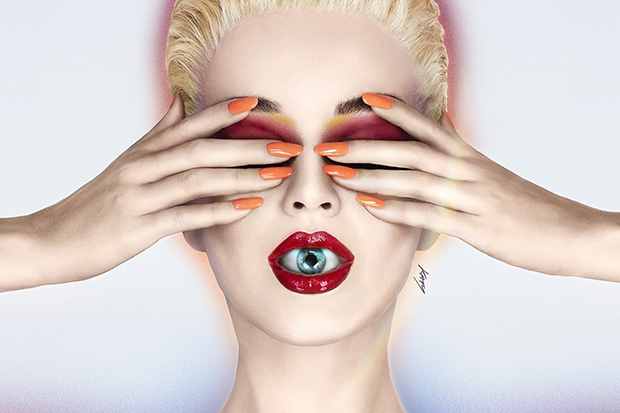 Katy Perry's 'Witness' cover surfaced prematurely on Amazon and it's a lot to process.
MORE >>

Surprise! Katy Perry waves goodbye to the underperforming (but amazing) “Bon Appetit” and moves on to “Swish Swish.” Featuring Nicki Minaj, the feisty banger is the third single from Witness (pre-order your copy here). The pop star’s latest is definitely more radio friendly with its cute chorus and quotable lyrics. It also seems to be something of a reply to Taylor Swift’s “Bad Blood” with barbs like “you’re about as cute as an old coupon, expired” and “karma’s not a liar, she keeps receipts.” Oh, and then there’s this gem: “So keep calm, honey. Imma stick around for more than a minute. Get used to it!”

Still not convinced? What about this? “Funny my name keep coming out your mouth, ’cause I stay winning,” Katy sings sweetly. “Swish swish, bish. Another one in the basket!” There is something off in this recipe and that’s Nicki’s generic verse, which sounds like a rehash of every feature she has released in 2017. I don’t really understand where “Swish Swish” fits into the supposed sexual and political liberation of Witness, but I love it when the pop girls get a little messy. So download this on iTunes or simply stream it below.