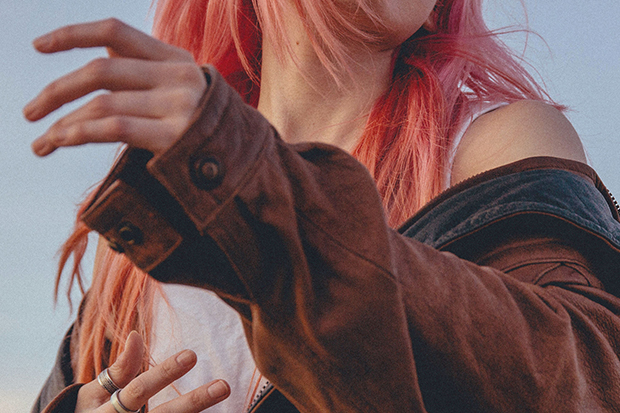 Fridays can be overwhelming for pop fans. Every week you’re bombarded with a glut of new music, which can lead to ear candy falling through the cracks. I’m hoping to circumvent that tragic scenario with The Drop — a cheat sheet (of sorts) to get you through New Music Friday. By now, you’ve probably heard Selena Gomez’s critically-acclaimed, Talking Heads-sampling “Bad Liar” and possibly checked out Iggy Azalea & Anitta’s infectious “Switch.” But that’s just the tip of the pop iceberg.

Let’s start with a couple of divas that quietly dropped immaculate pop songs on the busiest New Music Friday in recent memory. Bebe Rexha has a summer smash on her hands with “The Way I Are,” a feel-good party anthem that interpolates Whitney Houston’s “I Wanna Dance With Somebody.” On the other end of the spectrum, Astrid S dropped a feel-bad single called “Party’s Over.” If emotional electro-pop with pristine production and depressing lyrics is your thing, you’re going to love the title track of her second EP.

Next up is a pair of (comparatively) down-tempo tracks. Lauv landed a streaming smash with “The Other” and he should repeat the feat with “I Like Me Better.” Don’t be deceived by the title, this isn’t a bitter break-up anthem. Instead, it’s a starry-eyed love song with a charming drop. Australian singer/songwriter Cloves has been on the brink of a commercial breakthrough since “Don’t You Wait” when viral in 2015. “California Numb,” a rollicking soul/pop moment, could be the song to do it. I particularly love the lyric “California numb damaged by the sun.” Angelenos can relate.

Another track that sounds distinctly West Coast, but actually hails from Utah, is The Aces’ “Baby Who.” The all-girl band effortlessly captured the retro-synth magic of a bygone era (i.e. the ’80s) on previous singles “Stuck” and “Physical.” That’s also true of their latest, which is a slinky kiss-off anthem. Citizen Four, on the other hand, couldn’t sound more 2017 on their extremely catchy “Want You Back.” The dancehall-tinged bop shows off the man band’s knack for vocal harmonies and sexy lyrics.

Raye is shaping up to be one of the breakout stars of 2017 on the back of two massive features. (You will know her voice from Jonas Blue’s “By Your Side” and Jax Jones’ “You Don’t Know Me”). She should get a lot of solo shine with new single “The Line,” which is a banger about being stuck in a line outside a club. I feel every word of this! Need another party jam? Mike Perry has the song for you. Featured co-vocalist Sabrina Carpenter progresses from “Thumbs” to “Hands” on the Swedish DJ’s latest floorfiller. The Vamps also give the track a male perspective.

Speaking of which, much-maligned (but actually amazing) UK singer/songwriter James Blunt lends his voice to Robin Schulz’s “OK.” It sounds like a bad idea in theory, but the “You’re Beautiful” singer’s knack for emotionally true, uplifting lyrics turns out to be a perfect fit for the German DJ’s melodic production. This will be massive in Europe. The same applies to Alan Walker’s “Tired.” He teams up with Irish crooner Gavin James for a soothing club track that is a little more uptempo and pop-leaning than mega-hit “Faded.”

This week’s round-up has been heavy on bangers, but it would be remiss of me not to include Seeb’s (the Norwegian DJs behind Mike Posner’s chart-conquering remix of “I Took A Pill In Ibiza”) overhaul of Ed Sheeran’s “Castle On The Hill.” I can take or leave much of Divide (apart from the adorable “Galway Girl”) but this fires me up more than original. Which I also happen to like. Kaskade’s remix of Tinashe’s “Flame” is less successful. It’s almost too subtle for me, but when the drop finally arrives, it all comes together rather nicely.

Looking for something a little more offbeat? I’ve got you covered. Terror Jr, a trio masterminded by Felix Snow, showed a softer touch on “Caramel.” That trend continues on new single, “Death Wish.” It’s a sugary sweet electro-pop delight with cute lyrics and a demented drop. Lemaitre is similarly adventurous on “Higher,” a mind-bending banger featuring Maty Noyes, a soaring chorus and an addictive bass hook. Stream it in my playlist below.