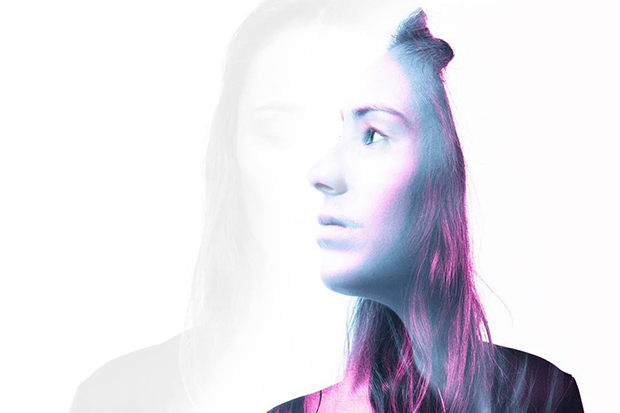 Amy Shark broke big in Australia in 2016 courtesy of a moody, emotional anthem called “Adore.” It peaked at number 3 on the ARIA singles chart, sold platinum and, perhaps most impressively, came second on Triple J’s nation-stopping Hottest 100 countdown. (The winner? Flume and Kai’s “Never Be Like You”). It was only a matter of time before the Gold Coast singer/songwriter attracted international attention and she announced a US deal with RCA Records in March. Her debut EP arrived shortly thereafter and she has a string of North American tour dates starting on May 31.

I recently caught up with the Aussie hitmaker in Los Angeles and discovered that Amy has put in years of hard work (and experienced more than her fair share of knock-backs and rejection) before becoming an overnight success. She explained the evolution of “Adore” and explained the dark themes on her Night Thinker EP. The 30-year-old also opened up about her debut LP, which is coming together very nicely. Get to know the buzz artist a little better in our Q&A below.

Did you think that you were on to something special when you recorded “Adore?”
No. Because for me, I’ve been doing this for a while. I kind of called it a day on caring about who’s listening or what radio station is going to play my music. I just wanted to just make cool stuff. I really wanted to work with M-Phazes, so I did a little bit of stalking online. I really wanted that gritty hip-hop vibe in one of my songs, but I just didn’t have the money to be afford to work with him. I got a grant for about $7000 and that was purely spent on production. And I had to beg because I was nobody, absolutely nobody.

I actually didn’t get the grant in the first round and I was shattered. It randomly came around again for the second round and I put the same tender in and got it — and then I had to beg and plead again because I missed the time I would have had with M-Phazes. He only spent a day on the song and he called me, and I was still in that mode where I was like, “Oh my god, M-Phazes is calling me!” He was like, “What’s the vibe for your song?” I left it with him, got it back and I never for once thought this is a big deal. For me, it was just like, “Finally, I know exactly what my sound is.” I was just so excited to show my 7 friends that have been listening to my music.

What did you do pre-“Adore?”
It’s been a massive battle over the year, just getting told, “No, we only sign 12 years old.” I was over the industry. I just hated how fake everything seems to be. Everything’s co-written by 50 people and it’s fucked. I’m 30, so being 30, I’ve just had so much more life experience to write about. Young musicians write to me and ask how I come up with my stuff. Everything’s autobiographical.

Did you have a day job?
Yes, I worked as a video editor for a football club. I really love my job. I used to come up with content.

When did you realize it was a life-changing song?
When it came second in Triple J’s Hot 100. I’ve been so down over the years and I’ve seen artists come and go, and no one’s safe. I don’t feel like anyone’s safe. I was convinced something bad would happen, someone would turn on me. I’m very negative towards a lot of things. I’m very cautious. I have listened to that countdown my whole life and I love it and I never even once said to myself, “I want that to be me one day.” I never thought it was even a thing so when it came second, everything sort of changed. Everything really heated up.

When did Sony Australia come into the picture?
Sony showed interest when “Adore” was released. My deal is with Wonderlick, who look for more alternative things to bring in to Sony. They jumped on board very, very quickly when it got spot rotation. I had a few other labels contact me that have written me some really harsh shit before and I was just like, “I don’t even want to meet with you.” I just had a better vibe with Sony. It wasn’t personal, I just felt like it was a good family and they’re going in a really cool direction now.

How far along was Night Thinker when all of that happened?
I had a different EP ready to go. I co-produced all of it with my friend in his studio, and don’t get me wrong, it was sounding really good — but it wasn’t at the level “Adore” was. I’m glad nothing got released. It gave me a chance to write more. I didn’t even use those songs. Hopefully, I’ll be able to rework them and put them on the album.

Are you enjoying that “Weekends” is shaping up to be another hit?
Definitely. That was a funny one because the guitar that I play is actually a really simple guitar exercise. I wanted to incorporate that into a song for a lot of years.

Night Thinker is pretty dark.
I’ve always been drawn to sad music my whole life and music that has real feeling and backstories. I love listening to songs and thinking, “Some hectic stuff has happened here.” There’s a story about how my husband and I got together, there’s a story about my family, things with my group of friends. I just cherry picked moments. It’s like therapy.

What’s your process? Do you bring a full acoustic song into a session?
Yeah. I have to be able to play for someone. I have to feel it. In my head I’m like, “There’s going to be a huge drop there, the bass is going to kick here, it’s just going to pump people’s hearts out of their chests.” I can hear that from nothing, so it’s just trying to explain it.

What’s the plan for America?
I’ll actually be coming back in June to tour. I think there’s another tour in the works, but I can’t really say much.

Will you go with “Adore” or “Weekends” over here?
It’s “Adore.” Obviously America takes a lot longer. There’s a bullshit amount of radio stations here and there’s Triple J at home. They are really pushing “Adore” and we’re hoping that it connects with people. But I mean, when my management said we’re going to push for America, I was kind of like, “I’m just happy it’s doing alright in my own country.” But that’s what’s so cool about the team I’ve got around me. They are so inspiring.

Will you change anything like the video or cover art for this market?
I’ve actually sad to my manager, “Look. I’m not precious about changing the ‘Adore’ video because like I didn’t even pay for that.” I did it myself. I just had my friends help me with it. I directed it and cut it and edited it. I said, “If they want to do a different video, I’m cool with that.” But they like it.

How’s the album coming along?
Well, I got a head start because I’ve been writing for so long. I write all the time, so I don’t find it hard to do. Especially now that I’m really confident in my songwriting and production. So every day, I’m just writing more and more and more. I have a lot of songs to cull from. It probably won’t take long at all.

Will it come out this year?
The only thing stopping me is the schedule. If I could just lock myself in a studio with a couple of producers, I believe so. I’ve got all these songs. It’s weird for me because I’ve been a lone ranger for so many years and now I have a team that actually has to listen to demos and approve things. I’m like, “This is fucking weird!” But this is my life now.

How did you discover Amy’s music? Let us know below, or by hitting us up on Facebook and Twitter!