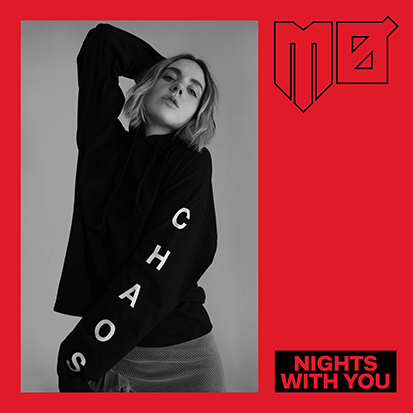 MØ gets it just right with "Nights With You," an electro-pop love song with a sapphic twist.
MORE >>

MØ casually dropped one of the best pop songs of 2017 in April. Produced by Benny Blanco, Cashmere Cat and SOPHIE (i.e. the electro-pop dream team), “Nights With You” is a throbbing banger that courses with emotion. On face value, the lyrics seemingly have a sapphic twist. But there are other ways of interpreting it. “[The song] was written for my best (and oldest) friend, and the song is a celebration of our friendship and of my love for her,” the Danish diva reveals in a press release. “I obviously wanted the video to be about friendship but I wanted it to communicate this in a wide and universal way.”

“I wanted it to be a reflection on unity in both bright times and in dark — about standing together strong and shining the light across borders and generations.” To convey that, MØ takes to the streets of Sofia, dancing among ruins and communist monuments. “I wanted the setting to be an odd beautiful realness… an alternate reality, which is where we all seem to live these days,” she explains. There is also a nod to the song’s same love message with a pair of seemingly conflicted male dancers. Join the “Final Song” hitmaker’s Eastern European street party up top.