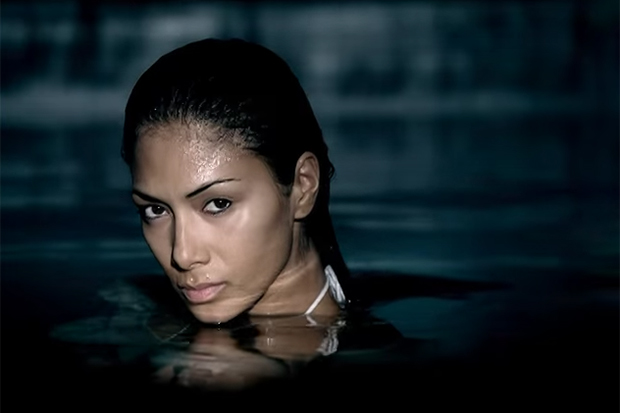 Back in January, Nicole Scherzinger was rumored to replace Fergie in the Black Eyed Peas. Earlier this week, she officially, politely debunked that rumor. But the singer did remind of how she has history with the group. “It’s just a rumor,” Nicole said on daytime TV show The Real. ‘I’ve known the Black Eyed Peas for a long time. I’ve actually known Will[.i.am] for a really long time — he’s like a brother of mine. All the boys are like brother to me.”

Nicole also reminded of a fun bit of trivia: She was actually approached to join the group first. But because she was already part of Eden’s Crush, the girl group she was part of before Pussycat Dolls, her team had to pass. “It’s OK, because I had a vision, and I was writing, and I wanted to do my own thing,” she stressed. “It’s meant to be because I ended up in the dolls and Fergie was the perfect Pea — is the perfect Pea.”

Nicole was actually on The Real to promote ABC’s Dirty Dancing remake, in which she plays Penny Rivera. But the hosts — and, let’s face it, Nicole — had way more fun with pop star impersonations than promo. After the interview, Nicole sang children’s songs as Shakira, Alanis Morissette and Britney Spears. And, like the pro she is, Nicole nailed them. Watch her talk her girl groups past and Dirty Dancing present below.