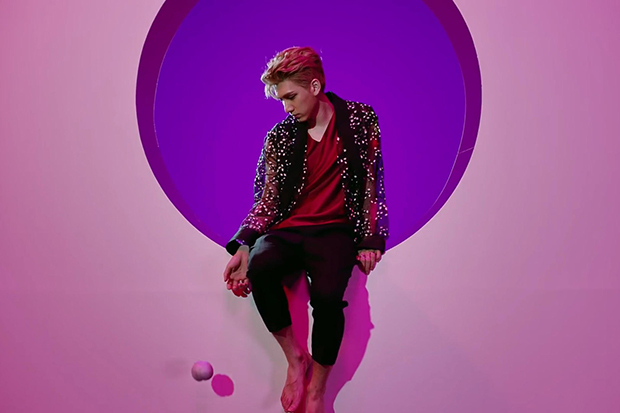 We round up the week's best Asian pop songs featuring VIXX and TWICE.
MORE >>

The world of pop music moves fast, especially for those who enjoy the sounds of the East and the West. Keeping up with the Hot 100 is hard enough, let alone knowing what’s going on in Japan and the blink-and-you’ll-miss-it K-Pop scene. To help you stay on top of Asia’s hottest pop music, I’ve put together East Beat — a handy guide to the best K-Pop and J-Pop songs of the week.

After recent returns from the likes of TWICE and PSY, there’s another batch of A-list K-Pop comebacks to get through this week. But despite all the big stars returning, the best song of the week belongs to LOONA diva Kim Lip. Her debut single, “Eclipse,” is a mesmerizing synth-pop stunner produced by Denmark’s Daniel Obi Klein and written by MonoTree, best known for their work with STELLAR.

B.I.G is a little group that’s been around since 2014, but I didn’t really start paying attention to them until this year. Their new single, “Hello Hello,” rides on a head-nodding urban-pop beat with flourishes of electro and hip-hop sprinkled on top. This is so refreshing for the boy band scene, where the songs are often either too EDM inspired or generic hip-hop with too much “swag.” This one has just the right amount of everything.

Speaking of generic EDM boy bands, newcomers A.C.E just debuted with the techno-pop track “Cactus.” The hi-NRG DDR beats are fun, but I mostly like this song because the boys have been performing it in short-shorts and knee braces. They have great legs, what can I say?

As for the big groups, YG Entertainment’s iKON finally returned with the double A-side “Bling Bling”/”B-Day.” These are both stock standard YG-style BIGBANG knock-offs, but there’s a certain try hard charm to them. “B-Day” is especially fun and makes for good treadmill music.

Meanwhile, SEVENTEEN came back with a whole new sound. Formerly known for their flawless funky pop, the boys switched into a Korean version of The Chainsmokers for their emo dance anthem “Don’t Wanna Cry.” It’s really not the best fit for them, but I did enjoy their house-y b-side “Swimming Fool.”

Female rapper Yezi from girl group FIESTAR is back with a solo single named after a character from The Mummy, “Anck Su Namun.” Over danceable hip-hop with a Middle Eastern flavor, Yezi likens herself to a rebellious queen and throws some shade at her haters and rivals. Could CL finally get a hit if she released something edgier like this instead of rap-lite pop crossovers like “Lifted”?

Over in Japan, girl group FAKY continue to tease their upcoming EP with another single from the project, “Someday We’ll Know.” FAKY were compared to K-Pop when they first debuted in 2013, but they’ve since turned into one of Japan’s many Western-inspired pop acts. On “Someday We’ll Know,” they serve emotive vocals over uplifting euro-pop. It’s the kind of dance ballad that The Saturdays would’ve topped the UK charts with a few years ago, which is either a good thing or a bad thing depending on your taste.

For something a little less commercial, indie-pop band Gesu No Kiwami Otome returned this month with their third album, Daruma Ringo. The album’s latest single, “Kage Song” is like two songs in one; playful synths litter the first half, while the latter moves into melodic rock with a touch of twisted jazz. Check it out on the East Beat playlist below.