It’s Official! Fifth Harmony Teams Up With Gucci Mane On “Down” 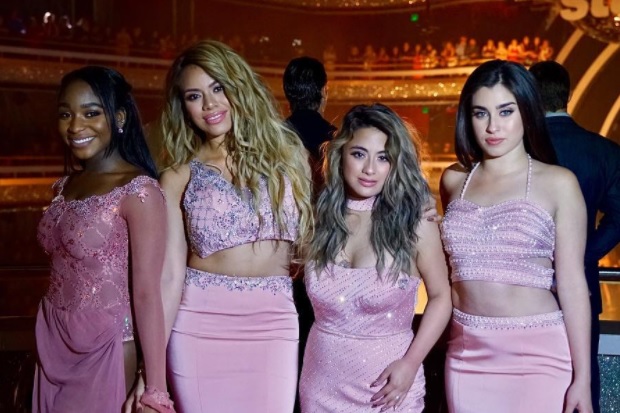 Fifth Harmony teased a new single called "Down" on social media over the weekend.
MORE >>

It’s official. Fifth Harmony will release their first single as a four-member group on Friday (June 2). As expected from the various teasers, the track is called “Down” and features a verse from Gucci Mane. It was written by the team behind “Work From Home” (Ammo, songwriter/Star actress Jude Demorest and DallasK), so expect a sexy bop. That is also reflected by the cover, which arrived today. The girls look fierce and powerful rocking a red corset (Lauren Jauregui) and a tan-colored bodysuit (Normani Kordei) — among other eye-popping ensembles.

The group teased “Down” on social media over the weekend. Lauren posted coordinates for downtown Miami, her hometown, which gave fans access to a special Snapchat filter with lyrics from the song. “When push comes to shove, you show me love,” 5H’s new single goes. “Long as you’re holding me down, I’m gonna keep loving you down.” The ladies will perform the track on Good Morning America on Friday. It will be interesting to see how it compares artistically (and commercially) to ex-member Camila Cabello’s “Crying In The Club.” See the full cover below.