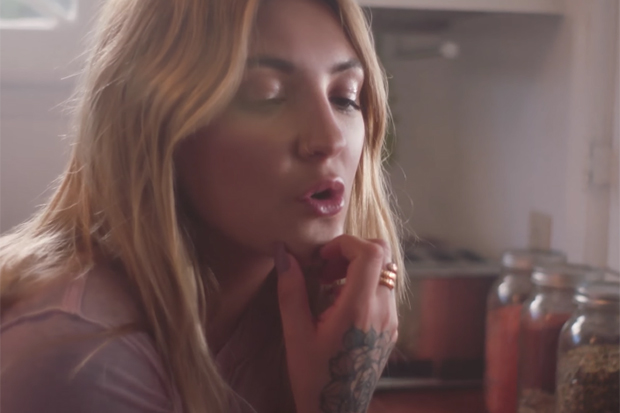 Julia Michaels made the leap from songwriter to pop star look easy with “Issues.” The moody bop is a streaming phenomenon with close to 300 million Spotify streams and is sitting just outside the top 10 on the Billboard Hot 100. (It’s currently perched at number 11). She’s not about to rest on her laurels, however. The 23-year-old will release a new single on Friday (June 2) called “Uh Huh.” The hitmaker has already shared the cover (below), but today Julia treated fans to a snippet and the song lyrics.

“It’s electric how my lipstick meets its own way right into your kiss,” the song begins, “and it’s pathetic how we both get kind of fucked up hangin’ on each other.” That sounds every bit as emo as “Issues,” but there’s a sexy twist in the chorus. “Uh huh! I think you’re movin’ in too close, but I think that it’s my body wanting it the most like uh huh!” Read the full lyrics and listen to a snippet of the catchy track below. It sounds like Julia has another hit on her hands. I guess this makes her the first break-out star of 2017?

Are you excited for Julia’s new track? Let us know below, or by hitting us up on Facebook and Twitter!