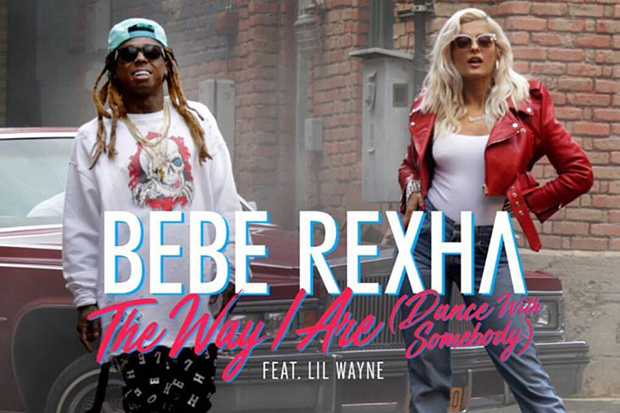 Bebe Rexha's "The Way I Are (Dance With Somebody)" sounds like a future smash hit.
MORE >>

When it comes to Song Of The Summer contenders, don’t forget Bebe Rexha’s “The Way I Are (Dance With Somebody).” The Whitney Houston-interpolating bop, which features a razor-sharp verse from Lil Wayne, has an instantly hummable chorus and the all-important feel-good factor. That really shines through in the X-directed video. The rising pop star takes a stroll and bumps into a group of Indian dancers. Her next encounter introduces her to the tango, before she winds up busting a move with an African dance troupe.

“The Way I Are (Dance With Somebody)” is the first taste of All Your Fault Pt. 2 (the second half of Bebe’s debut LP). It follows viral hit “Bad Bitch” (I wish that song had a video) and “I Got You,” which recently became the 27-year-old’s first Gold-selling single as a solo artist. What’s next for the blond bombshell? She is rumored to have a duet with Louis Tomlinson on the way. While we wait for that to drop, watch her adorable video up top.

I can't believe it. My first Gold Solo Single in the United States. 500k + singles sold. It's been a long journey and I wouldn't change a thing. Thanks to my fans, my co-writers, manager, label, radio and everyone who believed. Life is a journey and this is only the beginning. #TheWayIAre next.