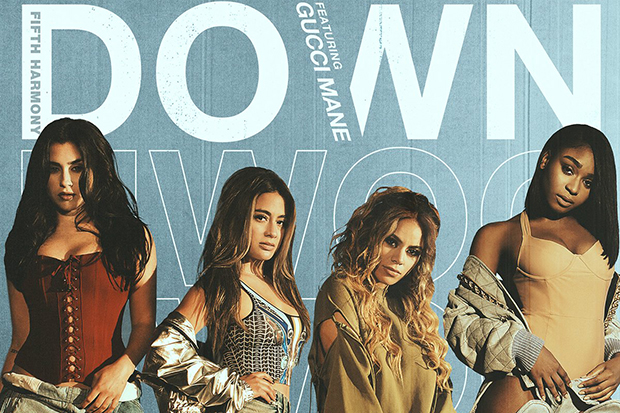 Fifth Harmony is kicking things into high gear with their prom tour for “Down,” and they’re using the time to tease more information about their upcoming third album. In an interview with Billboard, the foursome discussed what they’ve been working on in the studio. Ally Brooke Hernandez took the helm to answer questions about their new direction, revealing that the album may be their most diverse and mature to date. “We’re really experimenting with a lot of different sounds,” she said citing strong pop melodies, dark urban sounds, and some R&B flavor as examples of what’s to come.

Normani Kordei followed up, to point out that the girls were more involved with work behind the scenes this time around, and that they had co-written more than half of the album. “It means more,” she said about the release. The results may be their most personal to date, but their Gucci Mane-assisted “Down,” while an undeniable bop, isn’t exactly the most emotionally revealing track. In fact, it sounds so similar to Terror Jr’s “Come First” that the mysterious pop trio cried plagiarism last week.

The stakes are high for 5H as former member Camila Cabello is also prepping to release her debut solo album, the semi-pretentious sounding but undoubtedly fierce The Hurting. The Healing. The Loving., this fall. They’ll be competing for placement on the charts, but the “Work from Home” divas don’t sound too worried. Ally said that their new music is so good that they have it on repeat and cannot get enough of it. Based on what we’re hearing so far, we have to agree! Keep the bright hits coming, ladies! Check out the full interview here.

Are you excited for Fifth Harmony’s new LP? Let us know below, or by hitting us up on Facebook and Twitter!