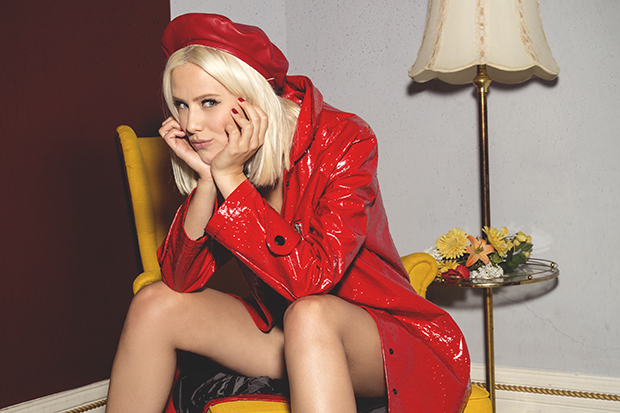 When it comes to Scandinavian divas, Tove Lo, Astrid S and MØ grab most of the international headlines. That could change in 2017. Norway’s Dagny, who ranked as one of last year’s breakout pop star thanks to stellar debut EP Ultraviolet, casually dropped one of the catchiest pop songs of Q2 a couple of weeks ago. Produced Ludvig Söderberg (a member of Max Martin and Shellback’s Wolf Cousins), “Wearing Nothing” is a seemingly frivolous bop with cheeky lyrics and the kind of shimmery pop chorus that only comes from Northern Europe. But there’s more to it than that.

“The song is called ‘Wearing Nothing’ but it’s not just about wanting to be naked with someone,” Dagny revealed in a press release. “It’s about wanting to be completely bare with someone and to be as close as possible both emotionally and physically even to the point where a piece of clothing feels like too much in-between.” That concept is showcased in the quirky video, which finds the 26-year-old performing intricate choreography with her other half in a pastel-colored house. It’s weird, wonderful and surprisingly effective. Watch the cute clip below.