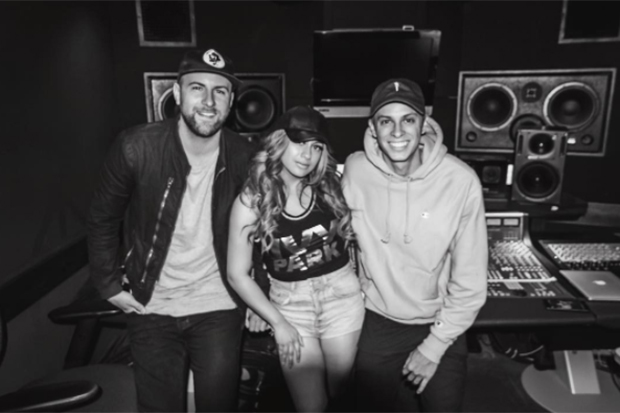 Ally Brooke spreads her wings with a feature on Lost Kings’ rebound anthem “Look Us At Now,” which hits iTunes tonight (June 8). The Fifth Harmony singer imbues the track with a whole lot of attitude, soaring above the duo’s furious beats like a seasoned club queen. “Look at us now. I just drove to your house, ready for another,” she sings about (post) break-up sex on the chorus — at least, that’s my interpretation. “When we’re here together, don’t this just feel better, yeah?” The 23-year-old then drops this truth bomb: “We’re better when we’re not tied down, turn my ex to my rebound.” Goals.

The Texan diva is the third member of Fifth Harmony to release solo material after Camila Cabello and Lauren Jauregui, who recently made a cameo on Halsey’s “Strangers.” It’s shaping up to be a busy month for Ally. Not only is she rolling out “Look At Us Now,” but the singer also has promo duties for 5H. They rebooted as a four-member group last week with a hypnotic bop called “Down” and dropped the video earlier today. You can stream Ally’s successful solo outing below from 9pm (PT).