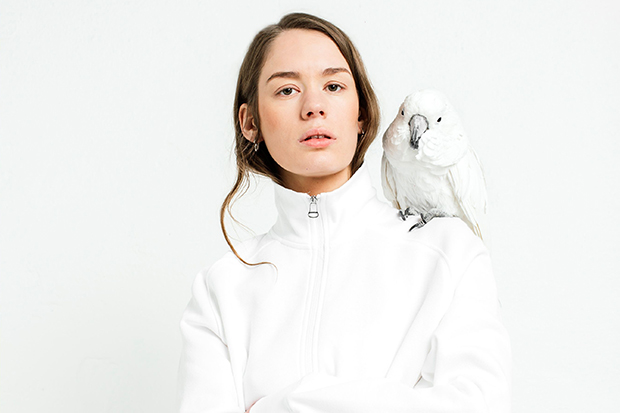 Fridays can be overwhelming for pop fans. Every week you’re bombarded with a glut of new music, which can lead to ear candy falling through the cracks. I’m hoping to circumvent that tragic scenario with The Drop — a cheat sheet (of sorts) to get you through New Music Friday. By now, you’ve probably heard David Guetta and Justin Bieber’s iTunes-conquering “2U” and possibly checked out Miley Cyrus’ country-tinged ballad, “Inspired.” But that’s just the tip of the pop iceberg.

Today also marked the arrival of Katy Perry’s Witness and Allie X’s Collxtion II. The divas come at synth-pop from very different angles, but they share a willingness to experiment and knack for (borderline) invasive pop melodies. My favorite song on KP4 changes every five minutes, but “Roulette” is always in the mix. Katy revisits the ’90s on this gem, channelling euro-dance acts like La Bouche and Snap!. As for Allie X’s opus, I’m currently leaning toward “Vintage.” It serves ’80s Madonna with a very modern twist.

Next up are a couple of bangers that, by complete coincidence, sample the same ’90s classic. Australia’s Starley landed a global hit last year when “Call On Me” was remixed Ryan Riback and went nuclear on Spotify. She returns with another club-friendly bop called “Touch Me,” which cleverly interpolates Groove Theory’s “Tell Me.” That song also forms the basis of AXSHN’s new single. The production collective teams up with Sofia Reyes for a silky smooth update that is guaranteed to make you move.

Looking for something a little calmer? London newcomer Minke follows up viral hit “Gold Angel” with “Amour.” I’ve seen blogs describe the rising star as alt-R&B, but this sounds more chillwave to me. It’s soft, dreamy and tugs at the heartstrings. The same goes for Bien’s latest. “Dreamy” is an overused adjective for describing music, but it fits the Nashville trio’s lilting “Spinning On Blue” perfectly. This is a warm caress of a song with a melancholy underbelly.

How about a little R&B? Jhene Aiko forgoes the minimal beats and fake-deep musings of debut LP Souled Out (no shade) in favor of a vast, loose soundscape on “While We’re Young,” a mellow grower that seeps into your consciousness more with each listen. If Alicia Keys circa As I Am ate an edible, it would sound a little something like this. More traditional is Jessica Mauboy’s “Fallin’.” The Aussie pop star has bounced between more genres than I can remember (pop, dance, drum & bass and vintage soul), but R&B seems to deliver the best results and this is her best single since “Never Be The Same.”

The ladies don’t have it all their way this week. Andy Grammer raised a few eyebrows by sprinkling synths on to 2016 smash “Fresh Eyes,” but he veers even closer to top 40 pop with “Give Love” — a rhythmic track with a catchy chorus and cameo from LunchMoney Lewis. It’s very Maroon 5, which is obviously a good thing. BANNERS, on the other hand, stays true to his signature sound on “Someone To You.” The Brit picks up where he left off on his debut EP, delivering the kind of soaring anthem that’s the sync away from chart glory.

Let’s wind things up with a couple of mood-lifting bops. (It’s been a long week!) The Aces are no strangers to The Drop, previously appearing with the retro synth-rock anthems like “Physical” and “Baby Who.” They make it three from three with “Touch,” a pop/rock delight a massive chorus and shimmery production. Smallpools aren’t strangers to perky pop/rock anthems (“Karaoke” is my favorite) and “Million Bucks” is one of the LA band’s finest. Listen to it in my playlist below.