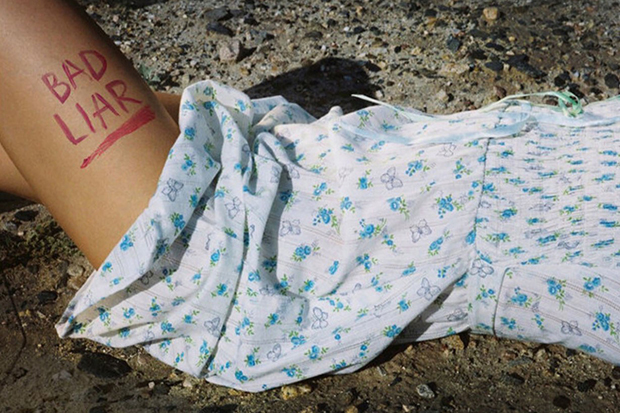 Selena Gomez promoted her “Bad Liar” visual as a mini-film and that seems warranted given the elaborate narrative. The pop star plays an unpopular, sporty school girl in the Jesse Peretz-directed clip, which takes place in the 1970s. She unexpectedly develops a crush on her (female) PE teacher, who just happens to be Selena in a blond Farrah Fawcett wig! But the 24-year-old’s acting duties don’t end there. She also plays her own parents. It’s charming and offbeat — much like the song itself.

“Bad Liar” is built around a sample of Talking Heads’ 1977 single “Psycho Killer,” so it’s only fitting that the video evokes the same time and place. The shenanigans are a little corny, but that levity is a breath of fresh air at a time when the hot trend in music videos is dying tragically (see “It Ain’t Me,” “Stay” and “The First Time”). I’m also glad to see Selena really go for it visually. This is her biggest production since the Stars Dance era when “Come & Get It” and “Slow Down” took her to exotic locations. Watch up top.