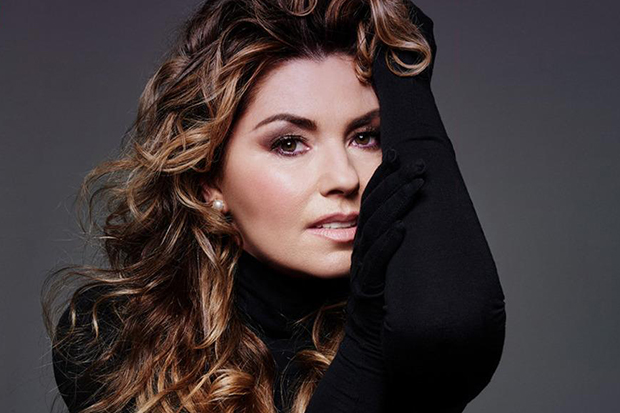 Shania Twain is dropping a new single called "Life's About To Get Good" this week.
MORE >>

It’s happening! After years of rumors and (broken) promises, Shania Twain’s comeback begins this week. The country legend is a new single called “Life’s About To Get Good” on Friday (June 16). She is already booked to perform the uplifting anthem on The Today Show on the same day and has a major sync with the Winter Olympics. In fact, you can hear a snippet of the song in a commercial. “Life’s about joy, life’s about pain, it’s all about the giving and the will to walk away,” the enduring diva sings. “I’m ready to be loved and loved the way I should. Life’s about to get, life’s about to get good.”

If that’s not exciting enough, the 51-year-old also revealed the cover and release date of her comeback LP. Let’s start with the black-and-white artwork. Shania Now pays tribute — in my mind, at least — to her iconic “That Don’t Impress Me Much” video with leopard-skin print gloves and a supermodel-worthy smize. The opus drops on September 29, 15 years after 2002’s mega-selling Up!. The music industry is a completely different beast these days (for starters, albums don’t sell), so it will be interesting to see if she can carve out a new niche. See the artwork below.

UK 🇬🇧
Tune into @achrisevans on @BBCRadio2 tomorrow morning for the first play of my new single #LifesAboutToGetGood pic.twitter.com/sH5IJTVC4t

Are you excited for Shania’s comeback? Let us know below, or by hitting us up on Facebook and Twitter!