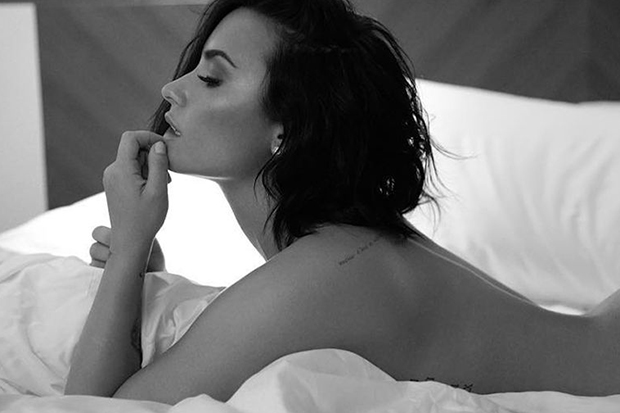 From the preview, Demi and Jax Jones' "Instruction" sounds like a smash.
MORE >>

Demi Lovato is the new Queen of Clubs! The pop star follows up “No Promises” with an equally fierce feature on Jax Jones’ “Instruction.” The samba-infused banger, which boasts a verse from UK rapper Stefflon Don, is an instant Song Of The Summer contender. “Some say I’m bossy ’cause I’m the boss, buy anything, I don’t care what it cost,” she brags over twerk-inducing beats on the pre-chorus. “If you’re The Supremes, I’m Diana Ross.” That takes us the quotable chorus.

“Grind to the left, sway to the right, drop it down low, take it back high,” Demi demands. “Bitch, I don’t need introduction, follow my simple instruction.” Yes, ma’am! “Instruction” is shaping up to be another smash for Jax. The producer is coming off a massive hit with “You Don’t Know Me,” cracked the top 3 in the UK and went top 10 across Europe. He also has a collaboration with Selena Gomez in the can called “This Is Real.” That track is expected to be included on his debut LP. Stream the Brit’s latest below from midnight (ET) tonight.