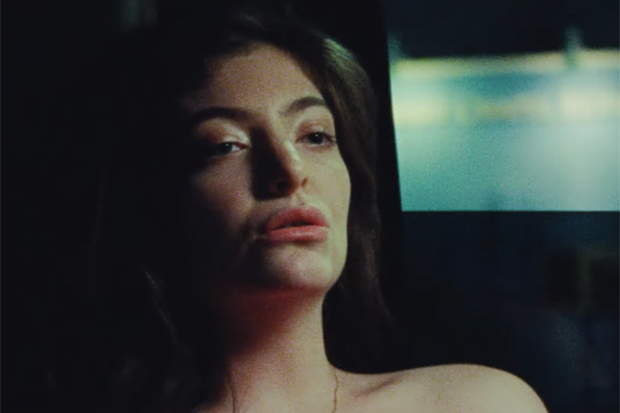 The pop landscape was thrown for a loop when Lorde rode in from New Zealand on a wave of frosty synths, armed with a chilling critique of the excesses of fame. At a time when her peers were soaring high on those very excesses, she exposed some of the darkness that remains when the lights come up in the club. The teen and her velvety voice served as the counterweight to the traditional pop star, and helped birth a new era of anti-party anthems. Four years later, Lorde has returned to the scene with her sophomore LP, Melodrama, and the Kiwi star has teamed up with Jack Antonoff, the man responsible for some of the best cuts on Taylor Swift‘s 1989, for another album that explores the darker aspects of partying.

Melodrama opens with the project’s delightfully unhinged lead single “Green Light.” The track signifies the first of many collaborations with Jack Antonoff and brings in additional production from Frank Dukes, renowned for his work with Frank Ocean, and Kuk Harrell, responsible some of the chilling production on Rihanna‘s ANTI. Furious after a breakup, Lorde attempts to find the traction to move on from her failed relationship with the joyful production disguising some of the more cutting remarks. In an interview, she revealed that prolific hitmaker Max Martin questioned the creation. However, it does ring true to her left-of-center aesthetic.

It’s confusing why the NZ songstress would kick off the campaign with “Green Light,” when there are far more polished releases on the album. One of those is promotional single “Sober,” which became an immediate fan favorite after Lorde premiered it at a small concert ahead of Coachella. “We’re king and queen of the weekend,” she sings as she drunkenly loses herself in a partner’s temporary embrace at a party. It’s a bit of a rehash of her previous material, but it boasts one of the most finessed productions on the album. Her voice is like velvet as it luxuriously unwinds over trumpets and drums.

The stuttering “Homemade Dynamite” features a writing credit from Tove Lo, and it soars into the upper reaches of the atmosphere and serves as an appropriate follow up to “Sober.” Lorde’s vocal delivery is at its most compelling as her voice ticks along to the chorus, proclaiming that she and her partner are about to “blow shit up with homemade dynamite.” Their spark isn’t quite as explosive as the title suggests, but it’s an utterly enjoyable mid-tempo bop. Things take a turn, however, as the songstress moves beyond the initial rush on “The Louvre.” With a chorus built around her racing heartbeat, the singer explores the dangers of getting in too deep.

On an album with several reprises, Lorde combines the track “Hard Feelings,” on which she moves on from a relationship, with the chilling “Loveless.” Both of them see the Pure Heroine diva placing her voice over eerie synths. Of the two, “Loveless” is the more compelling listen as she darkly proclaims that she is of a loveless generation and embraces the antics of her peers to get over her fling. “I’m gonna mess your life up, gonna wanna tape my mouth shut, look out, lovers,” she warns over moody beats. The track is fittingly followed by a reprise of “Sober,” this time with a darker, trap edge.

“Writer in the Dark” channels BFF Taylor’s lovelorn brand of pop, but in a way that is entirely Lorde. “Bet you rue the day you kissed a writer in the dark,” she threateningly sings over a sparse production crafted by herself and Antonoff. There’s a maturity to her songwriting here that sets her work apart from Taylor’s releases, which can feel more like diary entries. Her vocals are cleverly layered and move from almost threatening to whimsical as she proclaims that she’ll “play and sing and lock you in her heart” for eternity. Also, unlike her squad leader, the Kiwi vows that she won’t be held hostage by her relationship if it ends. “I’ll find a way to be without you, babe,” she sweetly promises as the track fades out behind her confident voice.

Opening with an ’80s-inspired production, “Supercut” is the glimmering and unhinged release that “Green Light” could have been. On the track, Lorde escapes into sweet memories with a partner, delivering one of the most gracefully crafted lyrics on the album when she proclaims “we were wild and fluorescent, come home to my heart.” It’s a joyful release that offers a sliver of hope for new beginnings.

The album’s second single “Liability” is a stunningly personal moment, as the “Yellow Flicker Beat” siren reflects on how her celebrity status makes her a weight on those around her. Melancholic, Lorde’s voice beautifully rises over a sparse piano production. Lorde revisits the track as a reprise towards the end of the album, this time over downtrodden synths instead of its somber piano accompaniment.

The reprise offers a bit of a resolution, as Lorde proclaims “You’re not what you thought you were,” finding her place within the world and leaving the confusion behind before the album’s closer “Perfect Places.” The closing track is a rousing ode to drunken nights that evolves into a fitting examination of the escapism of partying. “All those nights spent off our faces, trying to find these perfect places, what the fuck are perfect places anyway,” Lorde ponders. It’s as though she realizes that the best escape is simply in embracing reality and making the most of moments instead of losing herself in the haze of a bottle.

Melodrama is as cathartic as the name suggests and a solid listen that effortlessly hops genres while remaining true to Lorde’s melancholic alt-pop roots. The “Royals” songstress may have embraced the party lifestyle to get over her former flame, but as a whole the album still delivers a cautionary tale of what it means to get lost in the excesses of the world. Some things will never change.

How would you rate the album? Let us know below, or by hitting us up on Facebook and Twitter!