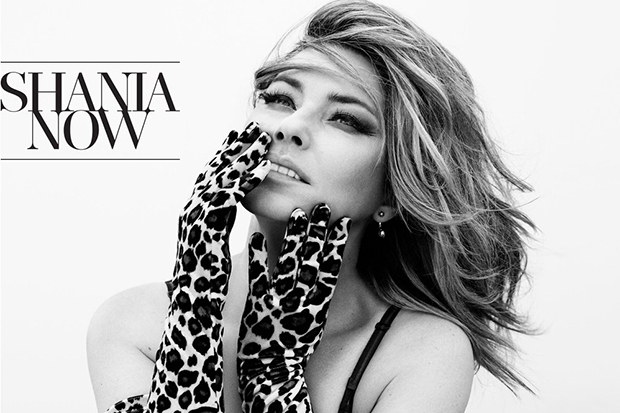 It's happening! Shania Twain revealed the cover and release date of her comeback LP.
MORE >>

Shania Twain’s comeback is in full swing. The country legend revealed the cover and release date of Now, her first album in 15 years, earlier in the week and dropped a new single called “Life’s About To Get Good.” The song got its TV debut this morning (June 16) when the flawless 51-year-old performed a mini-concert on The Today Show. Once you overcome the shock that she hasn’t aged since the turn of the millennium, there’s a realization that Shania represents a lost art. A time when all a performer needed was a microphone and a fringed ensemble to put on a show.

The comeback queen belted out “Life’s About To Get Good,” a song that definitely grows on you with each listen, and another new track called “Swinging With My Eyes Closed.” Shania also performed a couple of fan favorites including the still-magnificent “Man! I Feel Like A Woman!” and “That Don’t Impress Me Much.” She then sat down for an interview and revealed that her comeback single encapsulates the whole album. “It’s about going [from] dark to light, sad to happy, lost to found,” she said. “It’s that euphoric feeling that we get when we realize there is a light at the end of the tunnel.”

Watch the interview and a couple of performances below. I’ll add more as they arrive online.

Did you love her mini concert? Let us know below, or by hitting us up on Facebook and Twitter!