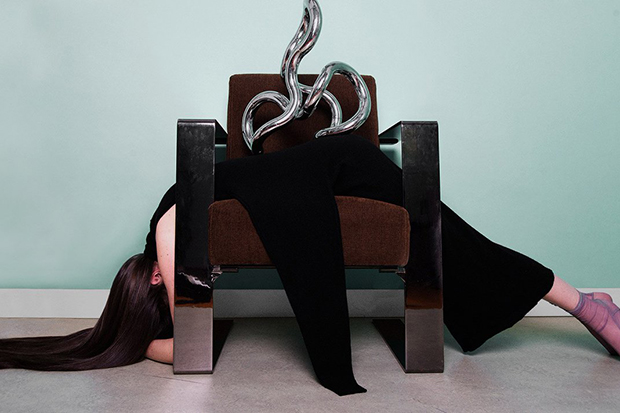 Fridays can be overwhelming for pop fans. Every week you’re bombarded with a glut of new music, which can lead to ear candy falling through the cracks. I’m hoping to circumvent that tragic scenario with The Drop — a cheat sheet (of sorts) to get you through New Music Friday. By now, you’ve probably heard Rihanna sizzle on DJ Khaled’s “Wild Thoughts” and possibly checked out Katy Perry’s slinky turn on Calvin Harris’ “Feels.” Oh, and then there’s Shania Twain’s perky comeback single, “Life’s About To Get Good.” But that’s still just the tip of the pop iceberg.

Let’s delve a little deeper by examining the week’s essential club features. Norwegian goddess Astrid S lends her icy vocals to Blonde’s “Just For One Night,” creating brittle dance-pop magic. The UK duo already has two top 10 hits to their credit and there’s every chance of this becoming their third. Equally successful is Alma’s euphoric feature on Martin Solveig’s “All Stars.” The bad ass behind “Chasing Highs” and “Dye My Hair” is the perfect foil for the French DJ’s very 2017 twist on disco. Play it loud.

The same applies to Demi Lovato and Jax Jones’ “Instruction.” The pop star, who proved her club chops on Cheat Codes’ “No Promises,” really lets loose on this rowdy, balls-out banger. With a song with Marshmello reportedly on the way, she is on her way to becoming pop’s new club queen. However, she has a way to go before she steals Kylie Minogue’s throne. The legendary diva makes a surprise return this New Music Friday via a feature on Zoot Woman’s (Stuart Price’s side-project) “Still Feels Like The First Time.”

Still thirsty for bops? Icona Pop comes through with “Girls Girls,” a soaring tune written by fellow Swede Tove Lo. Like every song they have released since “I Love It,” this is a club-ready, pop-centric party anthem that really should be blasting out of every radio over the summer. If you like their fiery approach, brace yourself for Sälen’s acerbic “So Rude.” The UK trio don’t believe in biting your tongue as they proved on tracks like “IILWMBF” and “Diseasey,” but this bop includes zingers like “I’ll kill you and get away with it, you don’t deserve to live!” I’m slayed.

Jaira Burns is less aggressive but every bit as honest on “Ugly,” a snapshot of a one-night stand gone horribly wrong. Produced by Cirkut and Billboard, who have crafted hits for Britney Spears, Kesha and The Weeknd, this track has serious pop pedigree. It’s not all doom and gloom this week. Comprised of producer Johnny Hwin and vocalist Brodie Jenkins, Cathedrals deliver a blissful, warm embrace of a pop song with “With You.” Notice how effortlessly it mashes synths and guitars.

The influence of the ’80s hovers over The Drop this week, but some artists take it more seriously than others. UK synth-pop duo Monarchy drag us back to the days of big hair and bigger shoulder pads with “Hula Hoop 8000,” a track that falls somewhere between Pet Shop Boys and Scissor Sisters on the synth-pop spectrum. Parade Of Lights also take their lead from the ’80s, but “Touch” comes at it from a different angle with jaunty synths and jangly guitars. If you like Bleachers and WALK THE MOON, this is the song for you.

How about some hip-hop? It’s not every day you describe a song as a revelation, but that applies to Dej Loaf’s “No Fear.” One listen and I transformed from a casual fan to a stan. Produced by Ricky Reed, this joyful oddity finds the loved-up rapper praising her man and planning the future over a wicked bass-line. The flip side of that scenario is explored on Trina and K. Michelle’s “If It Ain’t Me.” Talk about a match made in R&B/hip-hop heaven. This emotionally devastating bop showcases their very underrated talents.

I guess I should recommended some slow jams, on the off chance you’re not in the mood to twerk or burn down your man’s house. I can’t be the only one with a soft spot for Carla Bruni. The torch singer/former First Lady of France teases her comeback with an effortlessly chic cover of Rolling Stones’ “Miss You.” While we’re on the topic of killer covers, James Gillespie tackles Pink’s “Don’t Let Me Get Me.” The Brit, who went viral with “What You Do” earlier this year, strips it back to basics and turns it into the sad ballad it was always destined to become.

With EDC underway in Las Vegas, it seems fitting to wind things up with Armin Van Buuren’s latest. The Dutch DJ, who has been ruling dance floors since the mid-’90s, teams up with Josh Cumbee for an uplifting anthem called “Sunny Days.” Try not to smile as the curiously-named vocalist declares “sunny days lift me when I’m down, sunny days breaking through the clouds” over waves of Armin’s synths. Listen to the serotonin-lifting banger in my playlist below.