The Chainsmokers Bare Their Hearts On “Honest” New Single 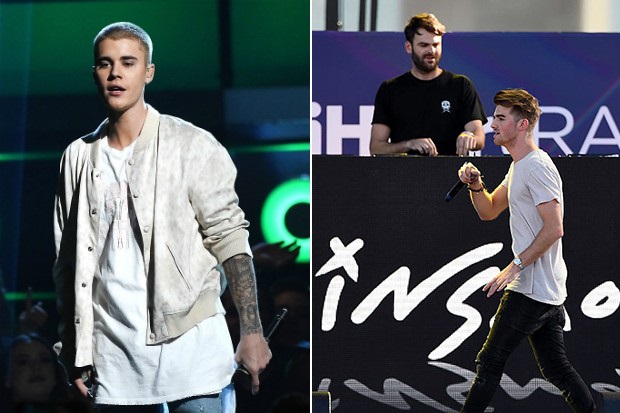 Does Justin Bieber have yet another collaboration in store?
MORE >>

The Chainsmokers are currently sitting pretty in the top 10 of the Billboard Hot 100 with “Something Just Like This,” but they’re already preparing to unleash another single from their debut LP. They are going with heartfelt electro-ballad “Honest,” which is being sent to radio by July 11. In the vein of promo single “The One,” the pair’s latest release is an introspective track that reflects on the impact that their newfound fame has had on the relationships they leave behind while on the road. Although there’s a spoken intro from U2 frontman Bono, this is one of the duo’s first singles that doesn’t boast a featured vocalist. Instead, Drew Taggart‘s voice carries the earnest lyrics.

“It’s 5 a.m. and I’m on the radio, I’m supposed to call you, but I don’t know what to say at all,” Drew sings to a lover while thoughts of another girl dance through his mind. He boldly bares his fears and temptations over mid-tempo production, lush with reverberating synths. It’s an unexpected move given that they have been pushing the alt-pop leaning “Break Up Every Night” with a notable performance on SNL. It looks like they are trying to prove that they can pull off a hit on their own. Here’s to hoping the risk pays off. Listen to “Honest” below.

Do they have another hit on their hands? Let us know below, or by hitting us up on Facebook and Twitter!