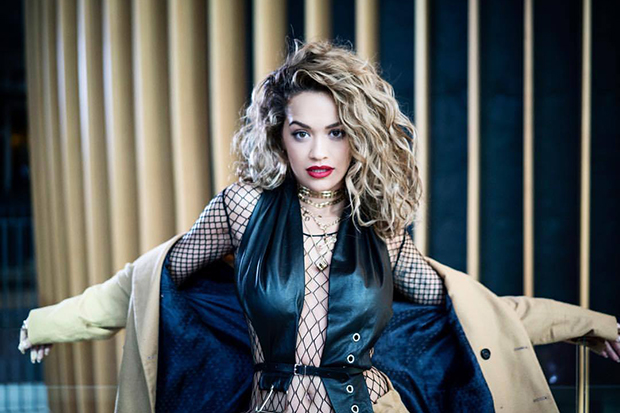 It's all coming together for Rita Ora. The Brit's new LP is due in fall.
MORE >>

Rita Ora would make a very interesting and dramatic boss, at least if the Brit’s “Your Song” video is any indication. The 26-year-old begins the Michael Haussman-directed clip in full corporate mode. She sternly leads a meeting in a sensible suit, before she unbuttons her jacket and rolls around on the table. From there, Rita proceeds to bring a lot of attention to herself as she dances and writhes out of the building — in reverse. What does it all mean? I have no idea, but it’s oddly original and engaging.

After years of delays, Rita finally kicked off her sophomore/debut era (depending on your location) with “Your Song.” Written by Ed Sheeran, the perky bop is off to a promising start in the UK and Australia — cracking the top 20 in both territories. And there’s more to come. In a recent interview with the AP, the hitmaker revealed that she’s releasing an album in November. It has been described as soulful and a tribute to London, but her latest jam doesn’t really fit that description. So, who knows? In the meantime, enjoy her new visual up top.

Your Song is now available to download for 59p! On @itunes so proud and happy you all love it as much as I do!! Love you!! ❤️❤️