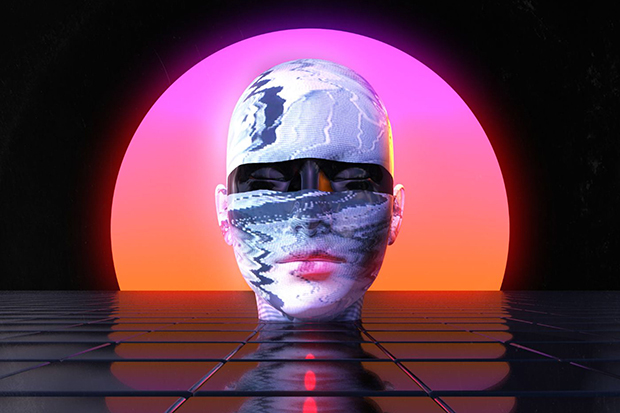 Fridays can be overwhelming for pop fans. Every week you’re bombarded with a glut of new music, which can lead to ear candy falling through the cracks. I’m hoping to circumvent that tragic scenario with The Drop — a cheat sheet (of sorts) to get you through New Music Friday. By now, you’ve probably heard Marina and the Diamonds & Clean Bandit’s surprise collaboration “Disconnect” and possibly checked out Jacob Sartorius and Blackbear’s surprisingly good “Hit Me Back.” But that’s just the tip of the iceberg.

Let’s start with a serotonin-raising bop courtesy of Fitz and the Tantrums. The LA-based band are releasing a deluxe edition of their 2016 self-titled LP with a new track called “Fool” and the retro-tinged, summery anthem that lodges in your brain with the same ruthlessness as “Handclap.” If you need another shot of sunny pop to brighten your day, Baio’s “Out Of Tune” is the song for you. Warm and lovingly DIY, the Vampire Weekend bassist is carving out a niche as purveyor of weird and wonderful tunes.

Next up is Flosstradamus. The producer (now solo) is best-known for his bone-rattling bangers, but he heads in a different direction on “How You Gon’ Do That?” Featuring Cara Salimando, the track veers towards pop on the massive chorus, but the dense, multi-layered production gives keeps it left of center. Speaking of which, Sheppard’s “Edge Of The Night” is the strangest song I’ve heard all week. It starts off as a fairly standard retro synth-pop anthem, but goes sideways with a demented spoken interlude. I don’t know if I love it or hate it, but I’ve played it twice in a row.

Sheppard isn’t the only Aussie act in The Drop this week. I’m pretty sure I include a Meg Mac song second week, but I can’t help it if every song on her debut LP is magnificent. Anyway, “Don’t Need Permission” is another soulful groove that evokes another time and place. Across the Tasman, Gin Wigmore makes a welcome return with “Hallow Fate.” The Kiwi singer/songwriter always delivers raw, emotionally bruising pop/rock and this is no exception. It’s so great to hear that raspy voice again.

Let’s move on to a pair of cute remixes. Niall Horan has been one of 2017’s biggest revelations for me, coming out of nowhere to become One Direction’s most convincing solo artist. “Slow Hands” doesn’t need a remix, but French duo Basic Tape approach the track with affectation, artfully implementing a drop without erasing any of its charm. Grey works similar magic on The End Of The World’s “One More Night.” The Japanese group is trying to break into the US market with this bop and they could have a shot.

Looking for something a little quieter? Colombian-born, Brooklyn-based duo Salt Cathedral charms with “Always There When I Need You,” a gentle and unassuming, world music-infused ditty that is guaranteed to put a smile on your face. From the sweet vocal to the dreamy production, everything about this is relaxing. NYLO’s “Time Changes Everything” requires more brain power due to the subject matter (mental health and self-love), but the alt-R&B production washes over you like a warm shower. This gets exponentially better with each listen.

If you really want to close your eyes and check out, Toyko’s “Beautiful” is the song for you. The LA-based duo could never be accused of false advertising because this sleepy electro-anthem lives up to its title. Intricate and deceptively catchy, this is an essential addition to any chill-out playlist. The same goes for Bien’s “Stars Across The Sky.” The Nashville trio continue to make airy, intergalactic pop of the highest caliber. Listen to the gorgeous dream-pop anthem in my playlist below.