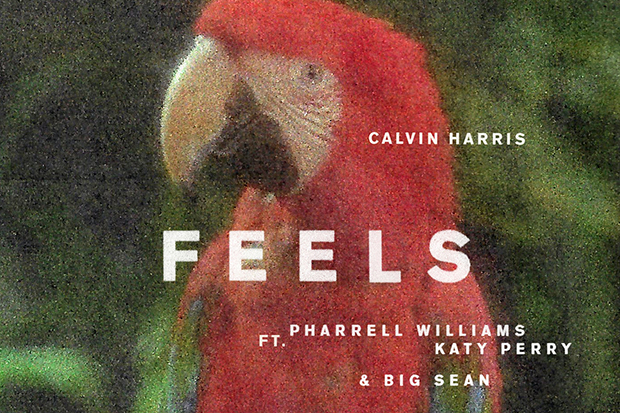 After grabbing our attention with a series of Instagram posts, Calvin Harris rolls out his “Feels” visual tonight (June 26). It’s the first track from his Funk Wav Bounces Vol. 1 LP (due June 30) to get the video treatment, which explains the elaborate set-up. The clip, which was directed by Emil Nava, begins with Pharrell Williams chilling in a row boat, while the Scottish DJ plays bass in the background. Katy Perry then takes us back to the Prism era with a long, flowing wig and floral dress. (Think of it as “Roar” on acid).

Last but not least is Big Sean, who delivers his verse from the comfort of a folding chair. The whole video is treated with a psychedelic filter and artificial color scheme, which adds to the disorienting effect. I guess this means “Feels” is going to be pushed as a proper single. While the melodic groove doesn’t scream hit in the way “This Is What You Came For” did, for example, it’s definitely a grower and has got off to a good start on Spotify racking up 20 million streams in two weeks. Watch up top.