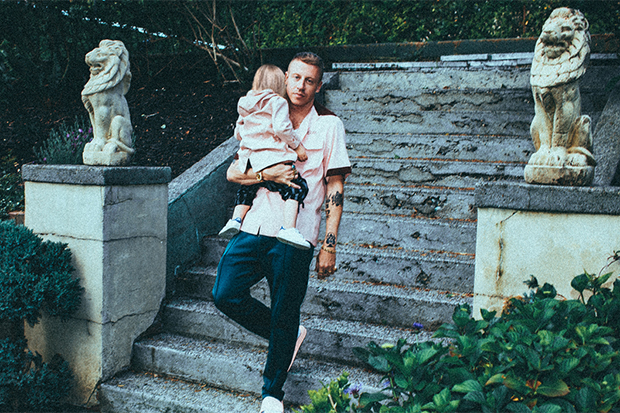 Macklemore returns with a 'Glorious' new single from his second solo LP.
MORE >>

Last night (June 28), Macklemore took the stage on The Tonight Show with Jimmy Fallon to perform his new single “Glorious” featuring Skylar Grey. They donned coordinating pink ’50s vintage outfits, with Grey killing it on a white baby grand. The duo was accompanied by a six-person choir, and the performance was both uplifting and spirited. The duo even earned a rare standing ovation from the very appreciative studio audience.

“Glorious” is the third taste of his second solo LP (he independently released a set called The Language Of My World way back in 2005) after streaming hits “Drug Dealer” and “Wednesday Morning.” This feels like a new beginning for the rapper. “You know I’m back like I never left… another sprint, another step,” Macklemore declares on the soaring song. He’s certainly making the most of his fresh start, delivering one of the better late night performances of 2017. Watch up top.