Bonnie McKee Belts Out Britney Spears’ “Hold It Against Me” 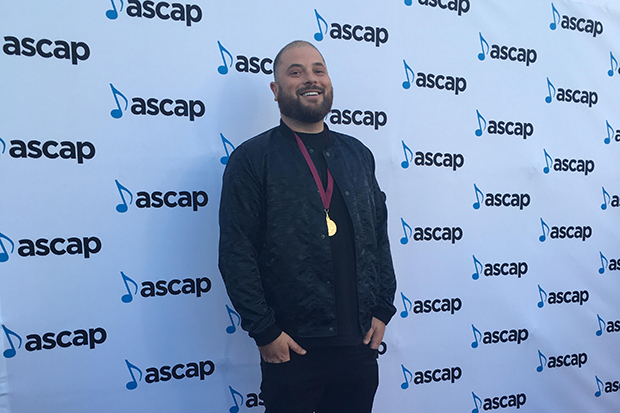 Bonnie McKee has written hits for all your favorite pop stars and finally got the opportunity to perform a couple of them at last night’s (June 28) I Wrote That Shit songwriter showcase in Los Angeles. The “Bombastic” diva revealed that Britney Spears’ “Hold It Against Me” was actually inspired by Katy Perry wearing a sexy dress to the studio and then proceeded to belt out the 2011 chart-topper at the keyboard. The pink-haired singer, who has new music on the way, followed it up with a rousing rendition of “Teenage Dream.”

Next up was Jacob Kasher, who assembled a band of songwriters to perform a trio of his biggest hits. Shea Jacobs teamed up with Madison Love for Charlie Puth and Selena Gomez’s “We Don’t Talk Anymore.” (They were ably assisted by Phil Paul on guitar). Kash then joined in for a wild take on Usher’s 2014 smash “I Don’t Mind,” delivering a spoken word rendition of Juicy J’s X-rated rap. He then showed off unexpected vocal prowess by hitting the high notes on Maroon 5’s “Sugar.” Watch a snippet of Bonnie’s performance below.

Did you love Bonnie’s performance? Let us know below, or by hitting us up on Facebook and Twitter!