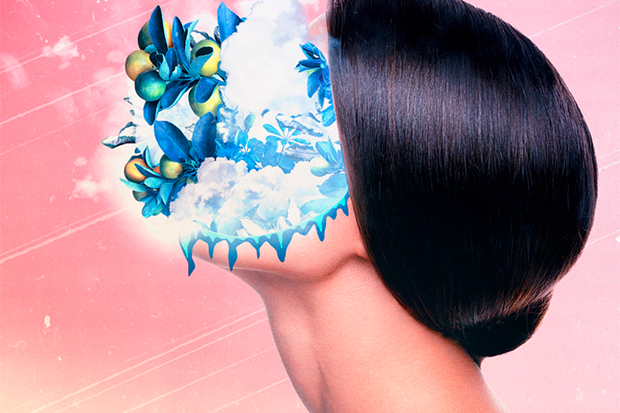 Fridays can be overwhelming for pop fans. Every week you’re bombarded with a glut of new music, which can lead to ear candy falling through the cracks. I’m hoping to circumvent that tragic scenario with The Drop — a cheat sheet (of sorts) to get you through New Music Friday. By now, you’ve probably heard Adam Lambert’s defiant “Two Fux” and possibly checked out “Imaginary Parties” by Pentatonix splinter-group SUPERFRUIT. But that’s just the tip of the iceberg.

Let’s start with the ever-brilliant St. Vincent, who returns with a stirring piano ballad called “New York.” The Grammy-winner yanks on our heartstrings (rather violently) with a nostalgic ode to old friends and humble beginnings. From the razor-sharp lyrics to a melancholy-soaked vocal, everything about this is perfect. The only other new release that rivals “New York” for sheer emotional impact is Noah Kahan’s “Hallelujah.” The Vermont singer/songwriter’s voice is otherworldly and his latest is every bit as moving as viral sensation “Young Blood.”

If you’re not in the mood to be emotionally devastated, may I suggest Astrid S’ “Such A Boy.” The Norwegian pop diva unleashed her Party’s Over EP today and this feisty anthem is a highlight. She turns the tables, dismissing her bad boyfriend with: “don’t be such a boy.” The demented mini-drop is particularly enjoyable. Next up is Billie Eilish, who seems to appear in The Drop every other week. The 15-year-old delivers her best single since “Six Feet Under” with “Watch” — a moody, introspective electro-ballad with a monster chorus.

Actually, I guess that song was a bit of downer too… but Parson James and Betty Who’s “If You’re Hearing This” will definitely lift your mood. I promise! They team up with Australian producer Hook N Sling for a mellow banger about finding the one. Or simply trusting that there’s someone out there for you. Rudimental’s latest will also put a smile on your face. The UK electronic act is known for their killer collaborations, dropping hits with Ed Sheeran, John Newman and Emeli Sande. History is destined to repeat with “Sun Comes Up,” which features the smooth voice of “Say You Won’t Let Go” hitmaker James Arthur.

Summer’s here, so let’s continue with the bops. Bella Thorne returns to pop as the featured vocalist on Prince Fox’s “Just Call.” A bittersweet track about the agony of waiting for the phone to ring, this boasts a strong pop sensibility and a wicked drop. If radio plays along this could be massive. The same goes for ayokay’s “Too Young.” Featuring Baker Grace, the Detroit producer’s latest is an intricate, dreamy electro-anthem that will raise your serotonin levels like a Prozac prescription. This is an essential addition to any chill-out playlist.

The same can’t be said for Towkio’s “Drift.” This bone-rattling banger needs to played loud. Produced by Lido, Smoko and Knox Fortune, the furious track constitutes the rapper’s major label debut. Be sure to check out the video, which finds our hero racing cars, dancing near pyramids and cruising around in hot-air balloons. Another song that commands you to move is King Henry’s “Destiny.” Perhaps better known for producing Beyonce’s “All Night” and Major Lazer’s “Cold Water,” the hitmaker teams up with Ry-X for a hypnotic, two step-infused floorfiller.

Let’s wind it up with a couple of remixes. With 25 million Spotify streams and climbing, Lauv’s “I Like Me Better” is shaping up to another viral hit like “The Other.” The 22-year-old’s latest will get another burst of momentum from a remix by Ryan Riback — the Australian producer that turned Starley’s “Call On Me” into an international smash. Every bit as appealing is Thomas Jacks’ dark and dangerous overhaul of Haux’s “Homegrown.” His remix oozes mystery and atmosphere, evoking early ’80s synth-pop. Check it out in my playlist below.