Azealia Banks Talks Iggy Azalea: “I Have Nothing But Respect For Her” 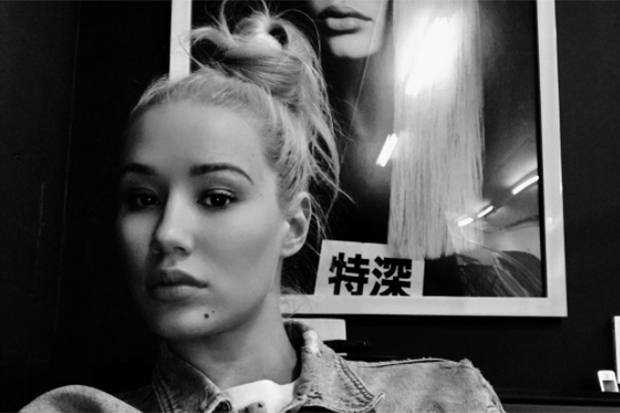 EDIT: Azealia has removed her Instagram posts. We had added a TV interview, which addresses the collaboration, below.

Iggy Azalea shocked fans earlier this week by confirming that she has not one, but two collaborations with Azealia Banks on the way. “I don’t expect you guys to understand why I would collaborate with someone who has publicly said they hope i die,” the Aussie rapper tweeted. “This has been something extremely negative for so long, if there is a way to make it positive and also be creative together, I’m here for it.” The solution? “I have a song already I think she would fit well on and she has something I may get on for her project.”

Azealia finally responded to the news yesterday and was initially cautious, calling the announcement “very premature.” The “212” hitmaker then changed her tune in a second post. “yes, [Iggy] and I had our differences in the past, but we were so young and that was so long ago,” she wrote. “She and I are both on a whole other level right now, and I have nothing but respect for her as a woman, an artist, and a businesswoman. As such, I’m thrilled for the opportunity to work with her.” Who wrote this message? It sure wasn’t Azealia.

The collaboration would have been everything in 2014, before Iggy and Azealia’s stand-off effectively destroyed both of their careers. Now it just feels sad. Hopefully, the song is fire and this whole grab for publicity makes makes more sense when it comes together. It would be really nice to see them both win.

Are you here for this collaboration? Let us know below, or by hitting us up on Facebook and Twitter!