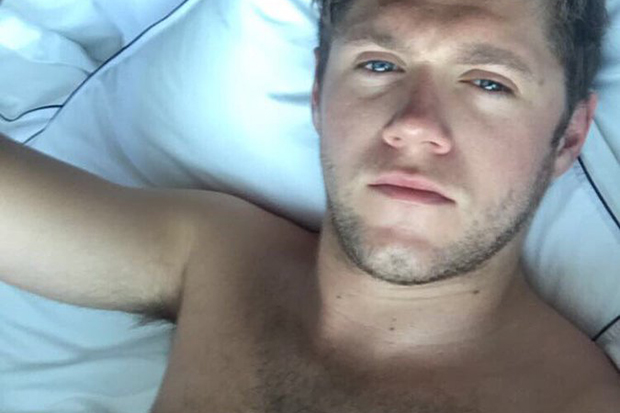 Niall Horan spends a lot of time shirtless on SnapChat as this selfie proves.
MORE >>

Niall Horan is ready to take things to the next level. As his sexy single “Slow Hands” continues to climb the charts, the former One Direction singer is gearing up to hit the road for an international solo tour. Today (July 10), the crooner announced that he would be embarking on the Flicker Sessions 2017 later this summer. The tour kicks off in Dublin on August 29 and will take the 23-year-old around the world, before winding up with a string of performances in the US. Though he’s made several appearances on late night TV, this will be the hitmaker’s first headlining event.

Tickets for the tour will be available for pre-sale on July 15 and will come with a copy of Niall’s debut solo album. Though it’s still untitled, Niall revealed that the LP would be inspired by Fleetwood Mac and The Eagles. Thus far, the Irishman has stayed true to that description with a pair of organic pop/rock hits that are paving the way for a massively successful debut. Check out Niall’s official announcement and the tour dates below.

Hello lovely people, I’m delighted to announce the Flicker Sessions 2017 . I can’t wait to perform my own shows for ya ! To find out more, go to niallhoran.com

Will you be seeing Niall on the road? Let us know below, or by hitting us up on Facebook and Twitter!