Selena Gomez Teases “Fetish”: Listen To A Snippet Of The Sexy Bop 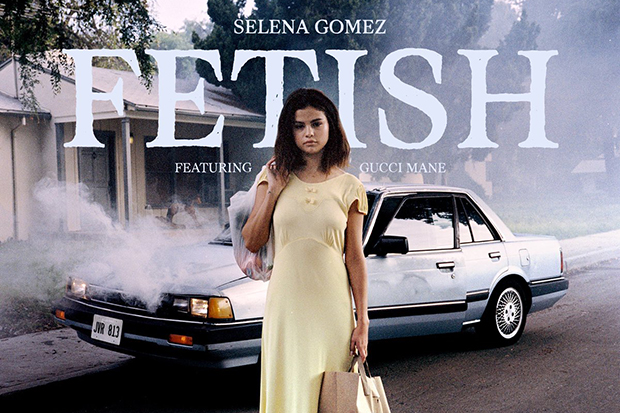 Selena Gomez’s new single is every bit as sexy as the title suggests. The pop star shared a snippet of “Fetish” this morning (July 10) and the lyrics are slightly scandalous. “I push you out and you come right back, don’t see a point in blaming you,” she coos over eerie synths. “If I were you I’d do me too, you got a fetish for my love.” At least that’s what I think she’s saying. (It’s a little hard to decipher given her low, sultry tone). Regardless, this is shaping up to be “Good For You” on steroids.

Co-produced by Jonas Jeberg and The Futuristics, “Fetish” features a verse from Gucci Mane and arrives on July 13. It’s the second taste of SG2 after “Bad Liar” and sounds like a similarly offbeat offering. That is also reflected by the cover art, which finds the hitmaker standing in front of a crashed car carrying a shopping bag. It couldn’t be further removed from the glamorous images that accompanied Revival, which is yet another sign of her growth as an artist. Listen to a snippet of the sexy bop below.

Do you love the snippet? Let us know below, or by hitting us up on Facebook and Twitter!