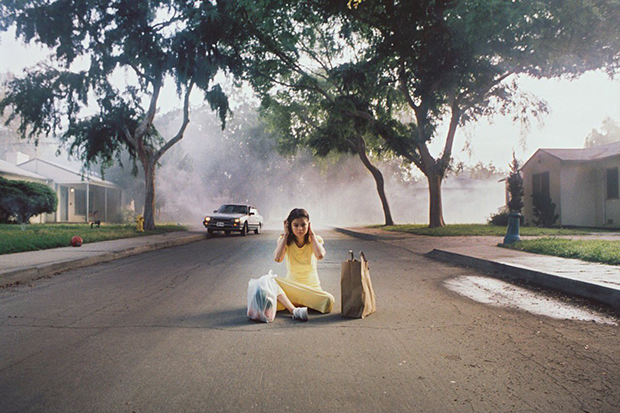 Selena Gomez’s “Fetish” visual is shaping up to be a haunting snapshot of suburban life. The pop star shared a brief preview of the video yesterday (July 10), which finds her staring at the sun in a tranquil backyard. She upped the promo today, posting stills and another snippet of the sexy bop. Let’s start with the former. Sel sits on shaggy rug by a toilet — edgy! — in one and sits on the floor next to a spilled cocktail in another. I’m getting bored ’70s housewife, which makes sense given the similarly-retro “Bad Liar” clip.

As for the second snippet of the song (listen to the first here), it gives you a better feel for the sexy song. “Take it or leave it, baby take it or leave it,” Selena coos seductively over eerie synths. “But I know you won’t leave it because I know that you need it. Look in the mirror, when I look in the mirror, I see it clearer why you want to be nearer.” Well, then! The 24-year-old is clearly feeling herself and ready to show off a more mature side this era. Get a taste for the raunchy anthem and its striking video below.

You got a fetish for my love. pic.twitter.com/x4rDhPJ4md

Stills from the shoot:

Are you excited for Selena’s video? Let us know below, or by hitting us up on Facebook and Twitter!