Vance Joy Returns With Exuberant Anthem “Lay It On Me” 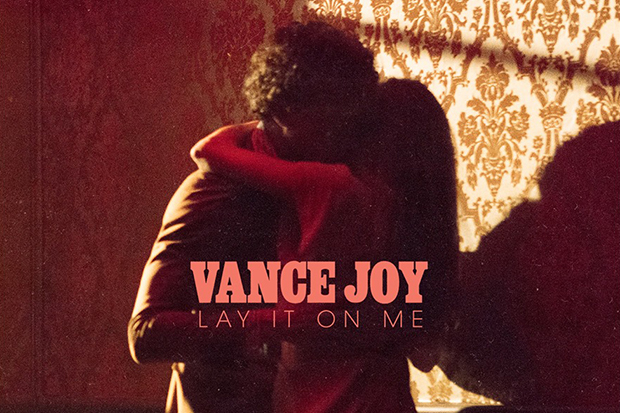 Vance Joy revealed the romantic cover of new single 'Lay It On Me.'
MORE >>

Vance Joy returned last night (July 12) with the first taste of his sophomore LP. The Australian singer/songwriter, who broke internationally with multi-platinum hit “Riptide,” switches it up on “Lay It On Me.” The vulnerable track begins with a typically stripped-back arrangement, but the captivating chorus breaks new ground as a rush of percussion surges in to beef up the soundscape. This is as close as the 29-year-old has come to releasing an uptempo tune and he pulls it off effortlessly.

“I had this guitar riff I had been playing for ages but had never found a home for,” James (his real name) says of the catchy single. “When it was glued together with a lyric I had in my phone, ‘everything starts at your skin,’ the song started to make sense.” The curly-haired crooner also dropped an arty visual, which was directed by Mimi Cave and stars Angela Sarafyan (she plays Clementine) from Westworld. Watch up top.

You can listen to my new single Lay It On Me worldwide now.