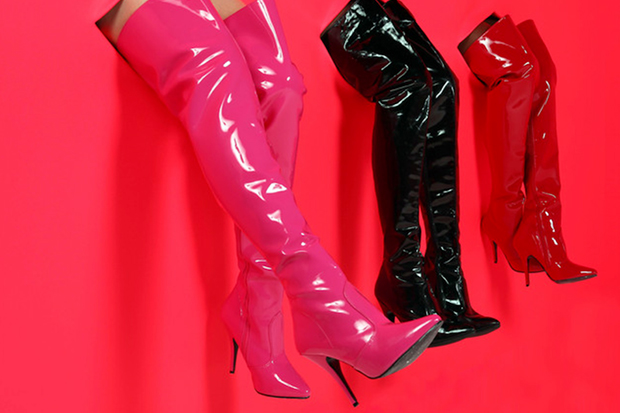 Fridays can be overwhelming for pop fans. Every week you’re bombarded with a glut of new music, which can lead to ear candy falling through the cracks. I’m hoping to circumvent that tragic scenario with The Drop — a cheat sheet (of sorts) to get you through New Music Friday. By now, you’ve probably heard Selena Gomez’s “Fetish” and Demi Lovato’s “Sorry Not Sorry,” and possibly bopped along to Kesha’s “Woman” and Lana Del Rey’s “Summer Bummer.” But that’s just the tip of the iceberg.

Let’s start with a couple of pissed-off female artists. Bille Eilish is a regular on The Drop at this point, spicing up New Music Friday with gems like “Bored” and “Bellyache.” Her hot streak continues with “COPYCAT,” a raised middle-finger to all the fakes and frauds. The bass-heavy bop is taken from the 15-year-old’s debut EP, Don’t Smile At Me (due August 11). Olivia O’Brien is feeling similarly out of sorts on “RIP,” an immensely relatable fuck-you to a bad boyfriend. It’s easily her best single to date and has serious radio appeal.

If you like guitars sprinkled into your synth-pop, genre-hopping queen Grace Mitchell delivers an immaculate ballad called “Come Back For You.” Like the equally-great “Now,” this sounds like it escaped an MTV playlist from 1987. Enough with the random singles, I want an album! In an otherwise quiet week for Scandinavia, MY comes through with an angsty anthem. Don’t be put off by the title, “Hate On Myself” isn’t an emo ordeal. Instead, the rising Swede serves up punchy pop/rock with razor-sharp lyrics.

It was a particularly good week for Australian pop. Vera Blue, one of the breakout stars of 2016 courtesy of sublime tracks like “Settle” and “Hold,” drops an ode to single life called “Regular Touch.” This is more uptempo than her earlier material, boasting a catchy chorus and a dizzy drop. The flame-haired singer’s debut LP, Perennial, drops July 21. I’ve already written about Vance Joy’s brilliant “Lay It On Me,” but it deserves another plug. The “Riptide” hitmaker beefs up his sound with spectacular results.

Another Aussie act making their mark this week is Tigertown. Charlie Collins’ voice glides through the alt-pop group’s midnight synthscape like a warm knife through butter, effortlessly generating a sense of euphoria. Echosmith, now a trio, also blesses New Music Friday with a hot track. Pop’s “Cool Kids” move away from their power-pop roots in favor of a sophisticated mix of acoustic guitars and synths on “Goodbye.” It promises great things for their sophomore LP, Inside A Dream (September 29).

While we’re on the subject of female-fronted bands, Garbage returns with a new single. “No Horses” is possibly the gloomiest charity single of all time (all proceeds go to the International Committee of the Red Cross) with Shirley Manson describing the track as “a dark imagining of the future in which a presiding regime values only profit and success.” It brings (eerie) synths back into the mix after stripping back their sound on Strange Little Birds. It’s bleak and bitter, but I’m obsessed. Less alarming is The Script’s comeback single. The Irish rockers come back swinging with “Rain,” a radio-friendly ditty that will appeal to their fervent fan-base and possibly win a few new followers.

How about something a little more uptempo? After producing hits for Britney Spears and Hailee Steinfeld, BURNS signed a deal with RCA and rolls out the first taste of his artist project today. Featuring Johnny Yukon, “Far Gone” deftly blends electro and hip-hop — sounding like a clubbier take on Calvin Harris’ funk-wav movement. Equally dancefloor-friendly is Sofi Tukker’s “Fuck They.” Co-written by Jake Shears and Jon Hume, the defiant banger is not quite as deranged as “Drinkee” (one of my favorite songs of last year), but every bit as catchy.

Let’s wind things up with a pair of remixes. Lauv is currently enjoying his second streaming smash in a row with “I Like Me Better,” which is racking up similar numbers to “The Other.” The rising star has already dropped a remix by Ryan Riback, but he’s back with an overhaul by omnipresent trio Cheat Codes and it’s a no-brainer for any chill-out playlist. The same goes for OneRepublic’s “Rich Life.” The band, which is no longer releasing singles but songs (i.e. they can’t be fucked with radio), team up with Seeb for a mellow rock/house hybrid. Listen to it in my playlist below.