Louis Tomlinson Poses For ‘Noisey,’ Share “Back To You” Lyrics 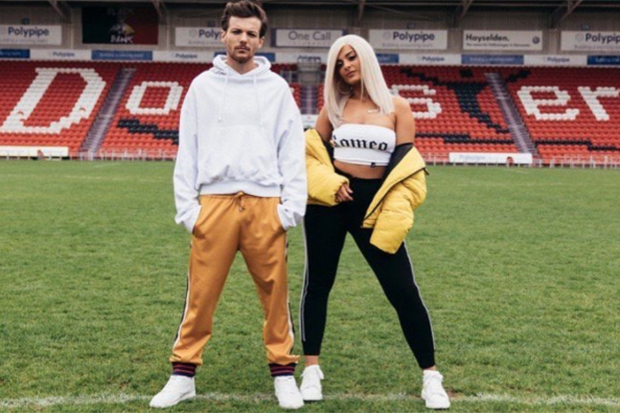 Louis Tomlinson and Bebe Rexha are releasing a collab called 'Back To You.'
MORE >>

It’s shaping up to be a massive week for Louis Tomlinson. The One Direction star inked a deal with Epic Records ahead of the release of his debut solo single on Friday (July 21). He’s promoting the song, a collaboration with Bebe Rexha called “Back To You,” with a cover story in Noisey. He looks suitably intense in the pics, puffing a cigarette in one green-hued snap and staring straight into the camera for another. It’s not all serious, however. The 25-year-old actually cracks a smile in one picture.

As for “Back To You,” it’s shaping up to be a moody bop. UK tabloid The Sun shared the lyrics yesterday (July 17) and it’s surprisingly emo. “I love it, I hate it,” Louis reportedly sings. “I can’t take it, but I keep on coming back to you.” That’s in line with the description he gave in June. “With this song we wanted to write something a little less soppy,” the Brit explained. “It’s about that one person that no matter how hard you try, you keep coming back to.” After Niall Horan’s revelatory solo fare, I’m cautiously optimistic about this.

We're thrilled to welcome @Louis_Tomlinson to the Epic family! 🎉🎊 pic.twitter.com/SJR5IYAKlO

Are you excited for Louis’ new single? Let us know below, or by hitting us up on Facebook and Twitter!