Carrie Lane Dances Around Heartbreak In Her “Think About It” Video 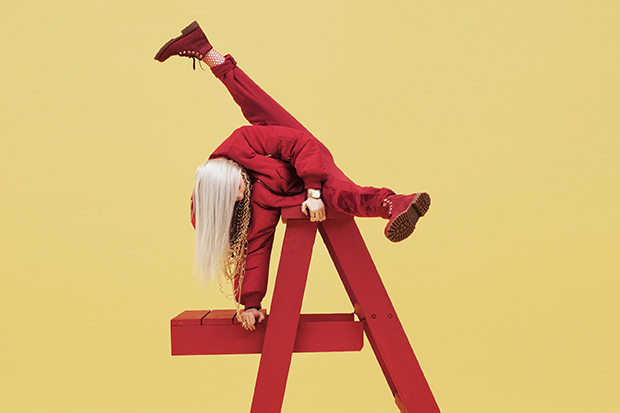 Break ups are never easy. Just ask Carrie Lane who’s trying to escape the pain of a broken heart on her new song, “Think About It.” The aspiring indie-pop songstress and model made her official debut with “Drowning” in 2016, and she’s back with a music video for her latest release that dropped today (July 20). “Don’t want to think about it, anymore. Don’t want to think about you,” she mourns over twinkling synths on the track. Despite her best efforts though, she can’t shake the thoughts. “It’s so damn hard to do ’cause I drink, and I think about you.” All sorts of relatable content ensues.

In the Victoria Innocenzi-directed visual, the rising star hits the bar in an attempt to drown memories of her lover in a bottle. Unfortunately, she seems to have little success; no amount of liquor manages to purge him from her mind. Intercut between her desperate attempts is footage of Carrie and her partner working through their issues in the parking lot. Dressed in a billowing blush gown, she dances around him and longingly attempts to captivate his attention but is unable to make the crucial connection. Eventually he drives off, leaving the siren stranded with her thoughts.

“Think About It” is the third single from Carrie’s recently released EP, California Freaks, and it promises big things for the industry newcomer. With earnest lyrics and an evocative video, she has captured the ache of a broken heart and the desperation to escape the painful memories through any means necessary. The musician served something incredibly relatable, and there’s a stark beauty in her honest depiction. It’s a break-up anthem in the mold of Bebe Rexha‘s “Can’t Stop Drinking About You,” and Carrie Lane could well be on a similar path to pop stardom. Check out the emotional video below.

What do you think of Carrie’s video? Let us know below, or by hitting us up on Facebook and Twitter!