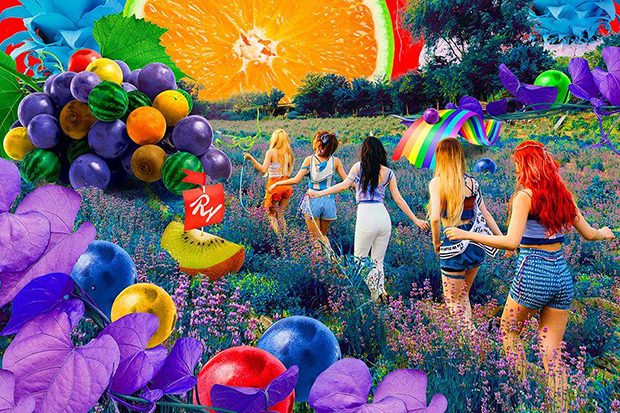 It hasn’t taken KARD long to establish themselves as one of the most popular new K-Pop stars among Western listeners, and it’s not hard to see why. Their latest single, “Hola Hola,” is a perfect example of good, radio-friendly trop-house. The added novelty of KARD being a mixed-gender group of singers and rappers is the cherry on top. S Club, who?

Speaking of tropical flavours, EXO get into the summer groove with their addictive reggae single, “Ko Ko Bop.” It starts off like a laidback island jam, but pops off with a Diplo-style breakdown on the chorus. The group’s new album, The War, is also worth checking out.

One of the week’s more surprising releases belongs to Akdong Musician. The brother-sister duo are known for their folky indie-pop, but for their latest single “Dinosaur” they’ve moved into the world of dance with stunning results. Rather than some generic EDM banger, “Dinosaur” is a surprisingly lush slice of summer dance-pop laced with sweet acoustics and even sweeter vocals.

A lesser known act to return this past week was Snuper. The underrated boy band have carved out their own sound with producer Sweetune, sticking to twinkling ’80s synthpop. Their latest release, “The Star of Stars,” is more of the same, which definitely isn’t a bad thing.

British production duo LDN Noise have made a name for themselves producing huge K-Pop hits like SHINee’s “View” and EXO’s “Monster,” but now it looks like they’re moving into the Japanese market. Their latest effort is Daichi Miura’s “Complex.” This time around, the duo have ditched their usual garage-tinged house sound for danceable disco. Perhaps we’ll see them bring the disco grooves over to K-Pop soon?

Wrapping things up this week is an interesting collaboration from China’s Chris Lee (a.k.a. Li Yuchun) called “100 Kinds Of Love.” The androgynous pop diva, who has previously worked with electronic collective PC Music, teams up with Diplo for this dreamy pop track, which is the latest in a growing number of quality pop songs coming out of China. Check it out below.