Kendrick Lamar Dangles Rihanna From A Building In Their “Loyalty” Video 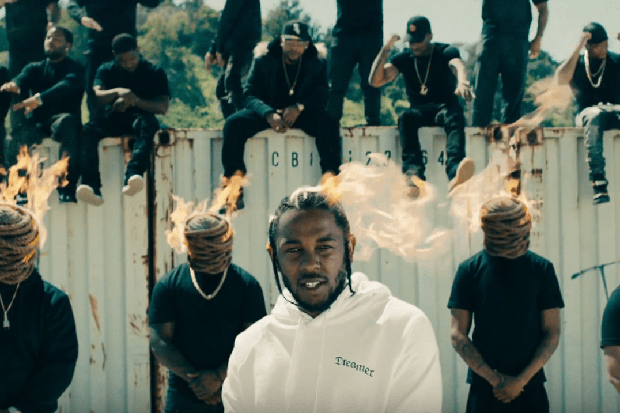 Kendrick Lamar leads the pack with 8 nominations at the 2017 MTV VMAs.
MORE >>

Kendrick Lamar is in another league visually as he proves (yet again) in his surreal “Loyalty” video. Directed by the legendary Dave Meyers, the clip has a very loose narrative. K.Dot and collaborator Rihanna are low-level grifters, pulling heists and being a nuisance. However, the plot is largely irrelevant. This is all about the stunning visuals, which include the rapper dangling RiRi from a building, the pair slowly sinking into the street, a bloody car crash and a cement shark.

The “Humble” rapper leads the pack with 8 nominations at the 2017 MTV VMAs, but he’s a frontrunner for next year’s event with “Loyalty.” The deceptively catchy track is the third single from Kendrick’s double-platinum Damn LP and is already a hit without promotion. It peaked at number 14 on the Billboard Hot 100 on the strength of release-week downloads and is destined to be absolutely massive as radio play and YouTube streams come into the equation. Watch the striking clip up top.

These murals forever belong to my fans. You've always taken my words above and beyond. Around the world and back again. With trust. I am forever grateful. 2x