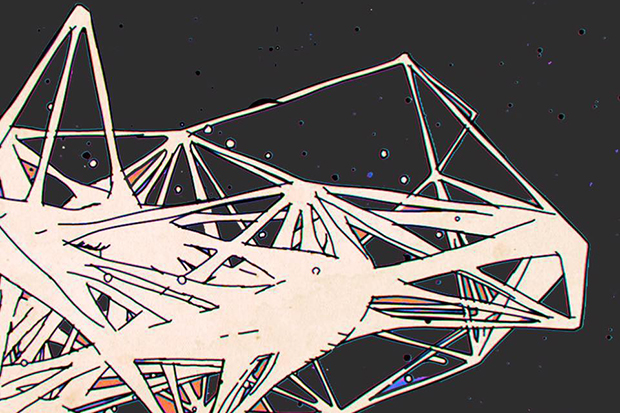 Fridays can be overwhelming for pop fans. Every week you’re bombarded with a glut of new music, which can lead to ear candy falling through the cracks. I’m hoping to circumvent that tragic scenario with The Drop — a cheat sheet (of sorts) to get you through New Music Friday. By now, you’ve probably heard Kesha’s uplifting “Learn To Let Go” and possibly grooved along to Jessie Ware’s soulful new single, “Midnight.” But that’s just the tip of the iceberg.

Let’s start with a couple of blurry-eyed bops. Felix Snow has helped shape the sound of electro-pop in 2017, crafting a string of bangers for side-project Terror Jr as well as producing tracks for TYSM and Era Istrefi. (Fifth Harmony even jacked his sound on “Down”). He steps out on his own with “Evening Buffalo,” which is a fuzzy daydream of song. Add it to your favorite chill-out playlist.
Whethan made a good impression with Charli XCX-assisted debut single “Love Gang,” but the 18-year-old takes it to the next level with “Sad Eyes.” Featuring Elohim, this is the kind of mellow banger that gently washes over you and leaves you wanting more.

Elohim isn’t the only female artist leaving her mark on New Music Friday. Julia Michaels dropped her debut EP, Nervous System, today and it’s every bit as good as you would expect from “Issues” and “Uh Huh.” However, I still wasn’t ready for “Pink” — a sexy track that finds the rising star singing about her lady bits over a throbbing bass-line. Think of this as the X-rated cousin to Selena Gomez’s “Bad Liar” (which she also wrote). Another radical woman doing things her own way is New Zealand’s Gin Wigmore. “Beatnik Trip” is the second single from her upcoming LOVEGANG album and it’s a raspy, soulful delight.

Billie Eilish is basically a fixture in The Drop at this point, blessing New Music Friday with eclectic, emotionally-gripping bops on a weekly basis. It’s hard to pick a favorite because everything she does is great, but “my boy” might be the premium cut from her debut EP. After a calm and quiet start, this twists into a seething fuck-you anthem. While the 15-year-old is knee-deep in her feelings, Jessica Lea Mayfield has found clarity on “Sorry Is Gone.” The alt-singer/songwriter veers towards pop on this breezy jam about realizing your self-worth.

Next up are a couple of women at very different stages of their careers. Dev has already done the major label dance, landing a number one hit as the voice of Far East Movement & The Cataracs’ “Like A G6” (still iconic) and releasing a cute electro-pop album. Since then, the sassy sing-talker has experimented with a more rhythmic sound on “Kiss It” and “#1.” She retreats to her club roots on independently-released “Come At Me,” an instantly hummable earworm. Sabrina Claudio, on the other hand, is only on her second single. The rising R&B singer serves endless vibes on the slow and sexy “Belong To Me,” which is the kind of music I hope Janet Jackson makes on her next album.

The ladies don’t have it all their own way, however. BØRNS kicks off his sophomore LP with rollicking anthem “Faded Heart,” which finds the singer/songwriter diving deeper into retro pop/rock. “Electric Love” came within a whisker of making the Billboard Hot 100 a more bearable place, but he could have a well-deserved commercial breakthrough with this. The Killers are also no stranger to mining vintage sounds, dabbling in disco on current hit “The Man.” They follow it up with “Run For Cover,” which is a soaring stadium-rock song. At this rate, Wonderful Wonderful is going to be their best album since Sam’s Town.

Moving on to a couple of newcomers, Lawrence Rothman has the kind of voice that grabs you by the throat from the opening line and the lyrical nous to keep squeezing it for the full 4 minutes of dreamy, midnight-disco that is “Wolves Still Cry.” This is a swoon-worthy banger for an artist pegged by many as One To Watch. (Make sure you watch the amazing video). I’ve written about Toyko before, an electro-pop duo that met on Craiglist. They deliver another epic synth-scape on “Golden Ones,” which feels like an unearthed gem from the ’80s.

Let’s wind up with a camp cover and a cute remix. Bryan Adams’ “Heaven” has been covered by dance acts more than once (DJ Sammy’s version is the defining one), but that hasn’t stopped Swedish duo State Of Sound from tackling the 1983 chart-yopper. It’s not exactly an original choice, but I will never not enjoy this song. That takes us to Bebe Rexha’s “The Way I Are (Dance With Somebody.” DallasK remixes the track, upping the BPM and adding a drop. I love the original, but this feels more vital and now. Listen to it in my playlist below.