Bjork Confirms That She Is Releasing A New Album “Very Soon” 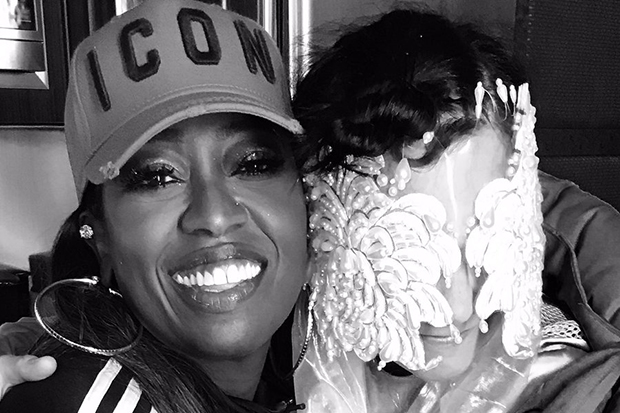 Missy Elliott hanging out with Bjork is the coolest thing to happen this week.
MORE >>

Well, here’s some good news! Bjork is releasing a new album “very soon.” So soon, in fact, that the still-untitled opus is already available to pre-order. “I am excited to share with you that my new album is coming out very soon,” the Icelandic goddess wrote in a handwritten note posted on Instagram. She recently spoke about the project in her Dazed cover story, calling it her “Tinder album,” explaining that it’s “about being in love. Spending time with a person you enjoy on every level is obviously utopia.”

“It’s when the dream becomes real.” In other words, it’s the polar opposite of 2015’s brilliant Vulnicura. “I set myself up with the last album being a heartbreak album, so everyone’s gonna be like, ‘Are you married?’ with this one. But… it’s too fragile still. I think, if I could, I’d just say this is my dating album. Let’s just leave it there.” Sounds good to me. It looks like frequent collaborator Arca is handling production again, so that’s another good sign for Bjork’s latest pop treasure. See her note below.

Are you excited for Bjork’s new album? Let us know below, or by hitting us up on Facebook and Twitter!