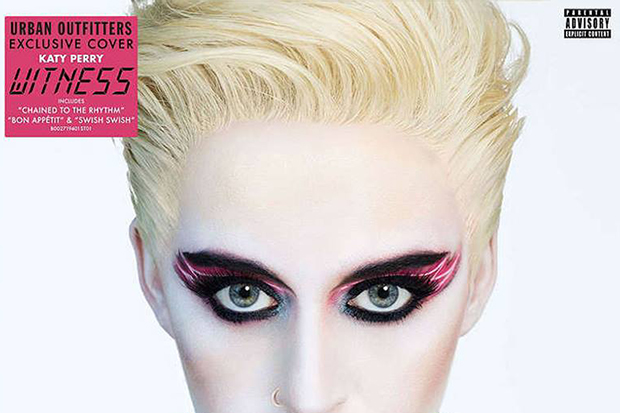 Katy Perry stars in W Magazine’s first multi-media cover shoot (at least, that I’m aware of). If you download their Beyond The Page app, the issue becomes a mini-movie of sorts. Which explains the quirky set up. The pop star is snapped by Steven Klein looking seriously tense in a car and seemingly clinging to the side of a building. She also poses against the skyline of a highly-stylized European city and then transforms into a robot. It’s part tribute to Fritz Lang’s Metropolis and the photographer’s own “Opulence” video for Brooke Candy.

Unfortunately, the interview isn’t very illuminating. We learn that Katy got her first kiss in sixth grade and is really enjoying short hair. “Everything is more fun with short hair! I can just get up and go,” she raves. “I feel so liberated with this hair now.” I wish there was a question or two about, you know, the music. The hitmaker does, however, reveal that she writes songs on her phone and would like to be in a movie. “If I were to do a film, I’d probably have to direct it,” she says. “I’d love to do a musical!”

Check out my first ever #TalkingMag cover on @Wmag featuring @KatyPerry